In two weeks, the Denver Broncos will get the opportunity to do something the Pittsburgh Steelers prevented them from doing eight years ago: play the Seattle Seahawks in the Super Bowl.

Broncos hope Moreno will be back

Knowshon Moreno and Tony Carter should be ready for Super Bowl XLVIII, according to reports.

Belichick says Welker was dirty Broncos hope Moreno will be back

After going 13-3 during the 2005 season and moving on to AFC Championship game, Denver lost at home to Pittsburgh, who went on to knock off the Seahawks 21-10 in Super Bowl XL. Determining to not repeat history, Denver went 13-3 again in 2013 and this time knocked off the New England Patriots 26-10 in the title game to advance to face Seattle in Super Bowl XLVIII.

Being the AFC representative, Denver will be the designated home team (incidentally, both Denver and Seattle went 13-3 in the regular season). Apart from uniforms, though, being the "home" team often means little in a game that will be played at a neutral site, in this case, New Jersey.

As the home team, Denver is expected to wear their home orange jerseys with Seattle in white jerseys. That hasn't been confirmed yet, however, and neither uniform has been officially unveiled. We do know that Denver is 0-3 in Super Bowls when wearing orange, 1-1 when wearing white, and 1-0 when wearing blue (see, blue's not so bad).

While we wait for the official uniforms to be announced, here's some Monday morning talking points: 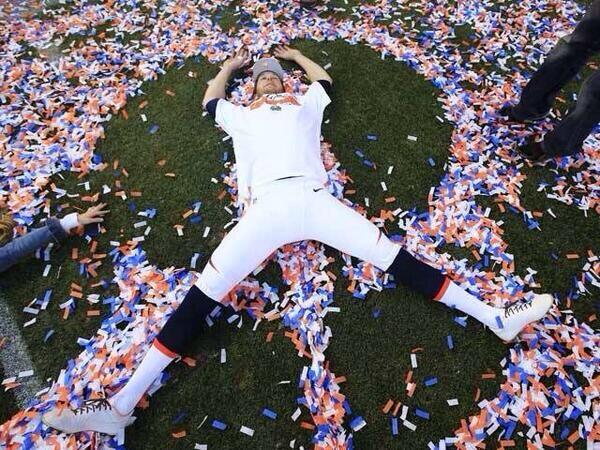 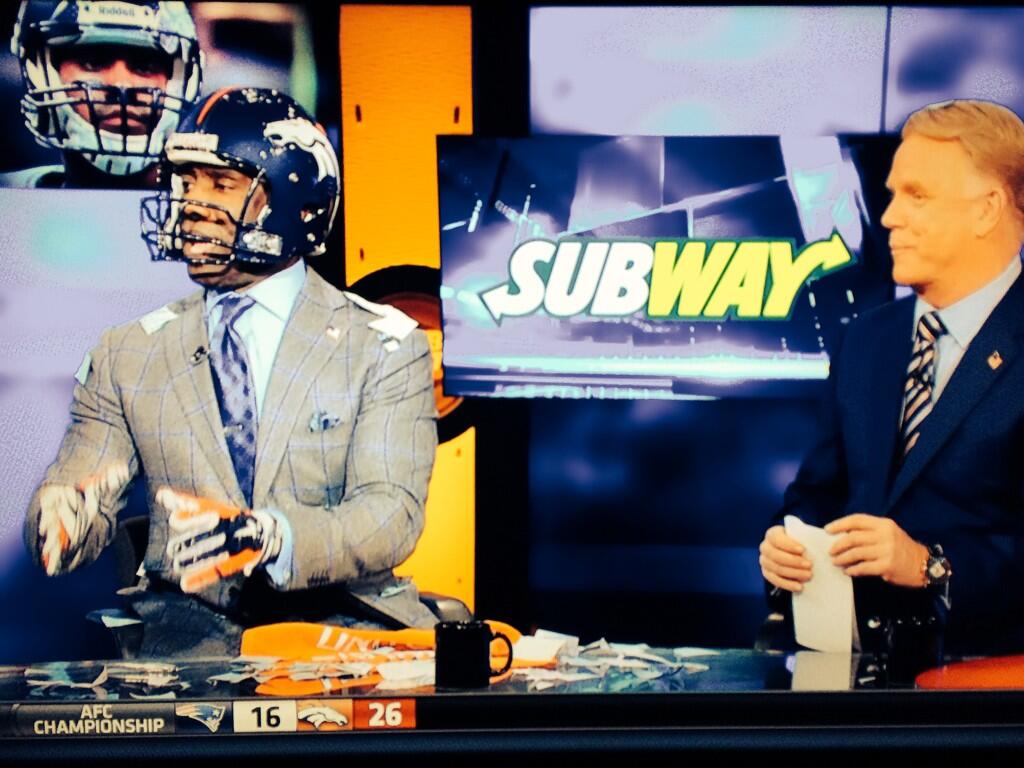 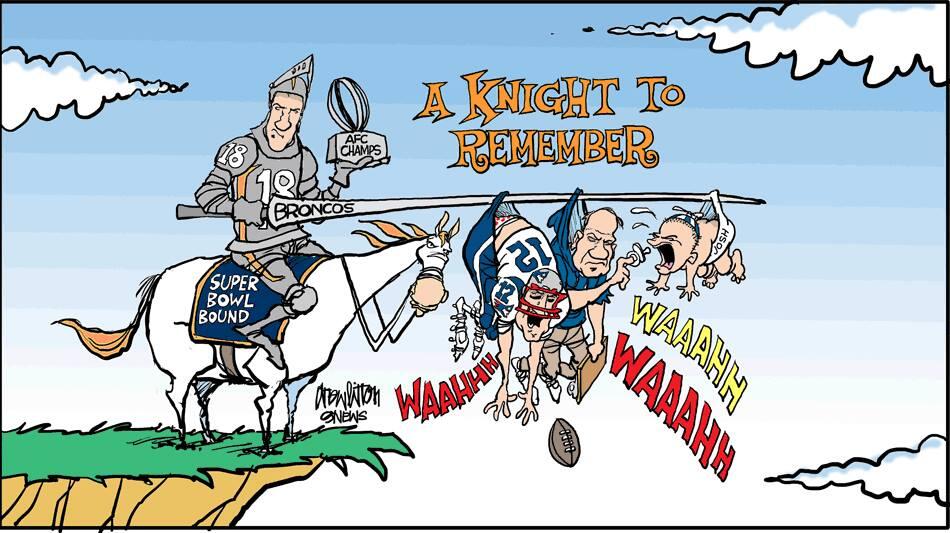 (DrewLitton.com)
Those are all the nuggets I have for today. Have any of your own? Share them in the comments below!