The Denver Broncos are America's Team.

The Denver Broncos are America's favorite team, unseating the Dallas Cowboys for the first time in 16 years.

The Broncos have been named America's favorite NFL team, unseating the Cowboys under the Harris Poll, which has polled Americans since 1998.

The survey was of 2,543 adults, including about half who follow professional football, according to the Pittsburgh Business Times. The Broncos were 3rd in the Harris poll last year.

Another (perhaps) less scientific survey shows the stranglehold the Broncos have on the country geographically, particularly in the West. Facebook released its annual NFL fan map showing Broncos orange is well-represented across the US. 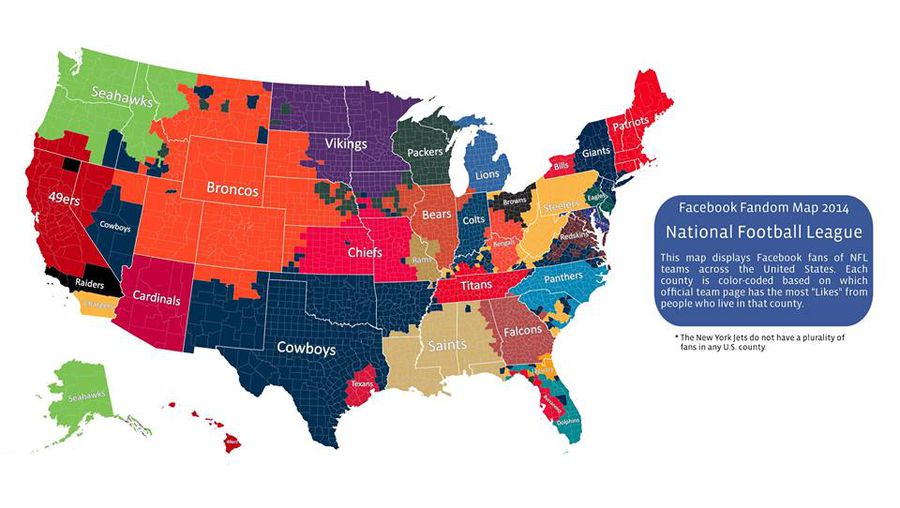 This is Broncos Country.