Could I have written this last night? Sure, but I turned the game off in disgust after Peyton's pick six, so I honestly wasn't sure if the Broncos scored a garbage touchdown or a miracle happened. I was frankly too disgusted to care.

I'm going to do a reaction piece I've never done before. Instead of me b'ing and moaning about what went wrong in this road loss, I'm going to instead ask for you all to talk me off the ledge and remind me as to why and how this Broncos team, as it is currently constructed, can possibly even dream about a Super Bowl this season? Because where I sit right now, I can totally see a "one and done" scenario in the playoffs, and that is with the Broncos playing that game in Denver.

Where I sit right now, I see a one-and-done scenario in the playoffs

Do you know what I was thinking last night? I was thinking "take that!" to every one of the 511 commenters from my Jets vs Broncos Instant Reactions. You all surely remember that piece, right? I got ripped 511 times for saying, and I will put it in quotes,

"I'm going to spit out another bit of harsh reality for you all. We are beginning to see the decline of Peyton Manning. I'm not saying he's going to nose-dive like Brett Favre did, but he is too sloppy this year. His time as a super-elite QB are dwindling."

Care to rip on me again? I'm game! Bring it!

I'll also be the first to admit that although this game sickened me, it wasn't because the Broncos lost. It really wasn't. I went on record last week by saying that I wouldn't mind Peyton sitting out this game or playing only a half to make sure he gets healthy. I contended that I would rather have a completely 100% Peyton Manning while conceding the #1 seed (meaning I was willing to have Peyton rest this game even if it meant the Bengals would beat us) than to enter the playoffs with a tired and beat up Manning. I still stand by that and really wish the Broncos did that just so we wouldn't have to come to the harsh reality that yes, Manning is in decline. Yes, Manning's best years are beyond him, and yes, the Broncos might have to start getting their famous Plan B ready for next year (meaning Manning might hang it up and/or might not be worth $20 million for a "past their prime" QB).

As far as what I saw last night? Simple: 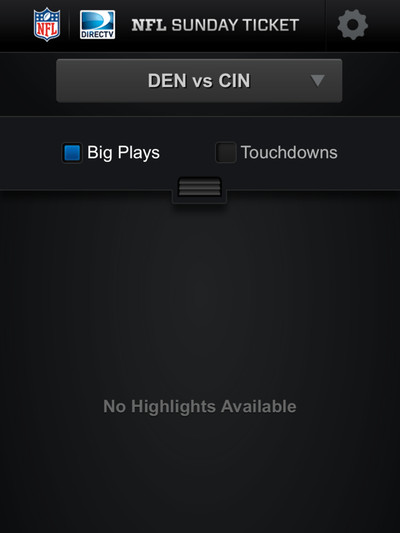 Rahim Moore should not be brought back. I still like him and I still think he'll be a starter next year. I just can't justify having him be a starter for the Broncos next year. He plays too passive. He bites on everything in front of him. Again, Rahim, if you read this or hear about this, I really do like you as a player. You will have a bright future in this league. I've personally said you were a Top 10 Free Safety, but like we've seen so many times with so many other players, you might need a new location to really spread your wings and fly.

Is Brandon Marshall the defensive MVP? Our linebacking corps is woefully thin. My love for Steven Johnson can only go so far before even I have to admit that although he's playing his tail off, he just isn't "good enough" to prevent teams from exploiting our linebackers. Without Marshall (please get well soon), every team can screen us to death. Do you want to know what's even more terrifying than the Bengals' screen game? It's the Patriots screen game! If the Bengals can do it to us, just imagine Tom Brady! Yikes!

Broncos 'terrible' in game of almosts

Giving up 200 yards in returns and throwing the ball away four times was too much for the Broncos to turn into a win against a much-more poised Bengals team on Monday Night Football.

The 2014 Denver Broncos lost any sense of an identity in their 28-37 loss to the Cincinnati Bengals on Monday Night Football. Let's break it down.

Broncos 'terrible' in game of almosts An identity-shaking loss

Aqib Talib was a beast last night. He smothered A.J. Green and dominated his side of the field on every snap. He even had a pick six to give the Broncos their first lead of the game. He showed us exactly why Elway brought him in. This is the level of dominant play we've all been waiting to see. Well done!

Did you read what I just wrote about Talib? Good, now apply it to Chris Harris Jr. (except for the pick-six part). Harris smothered his receivers and was simply lights out.

Man, with all this amazing cornerback play, how in the world did Cincy get 37 points? Simple, I'll tell you.

Blow up the special teams! Blow it up. You have to do it right now or else the offseason will come sooner than everyone wants. Yes, the special teams are every bit that bad. If you are a player on the special teams unit, you better hope you have a future on this team at a different position, or you're cut for the holidays. Jeff Rodgers (special teams coach) might want to submit his resume on careerbuilder or monster.com, because he needs to go too.

Lets put it this way: If the Broncos played a great offensive and defensive game, they would still lose this game because of how horrendous the special teams were. Plain and simple. Blow it up now before they blow you up in the playoffs.

The offensive line needs to, hell, I don't know what they need to do anymore. Block might be a good place to start though. Is that the best Ryan Clady can do? Is that the best Louis Vasquez can do? I'm pretty sure I can put backpedal 1 step and put my arms in the air only to watch a defensive end blow right by me, and I will do it for much less than what he makes.

I know I used the dreaded "decline" word for Peyton, and I do stand by that, but the offensive line isn't exactly helping him out. Now, before you all say "see? It's not Peyton's fault, it's the line's fault", you need to remember this simple, indisputable fact: He is still a football player that will have to throw under pressure or behind a line that moves and with people in his face. It's what a quarterback does. I promise you that Brett Favre can still be an elite NFL passer if he played with zero pass rush and zero pressure. That's why they retire. Do you honestly think Elway retired because he couldn't make his arm move in a circular motion and throw the football? No, he retired because the rest of him couldn't perform to the standards he needed them to. That's why Manning is declining. The rest of his body isn't allowing him to read and react to what's in front of him. If the defense had to count to 10 Mississippi before they started rushing after him, I promise you Peyton would be absolutely lethal. But that isn't football reality. So yes, the offensive line is almost as horrible as our special teams, but there is more to Peyton's declining play than just the offensive line. But make no mistake about it, this line won't win a super bowl.

Demaryius Thomas and Emmanuel Sanders are still going ballistic with their exceptional performances. They are the best 1-2 punch in the NFL, and it isn't even close.

Lather, rinse, repeat: "We just played terrible. We've got to get better, watch tape, get better next week."

C.J. Anderson gave a lovely postgame interview. I'm sure he'll catch flak from the media for it, but I personally loved it when I read the quotes this morning. Why did I love it? It's because it was a window into his soul. He doesn't simply want to play better, but he honestly believes he needs to play better. What makes that so impressive is that he's already playing at an amazing level. I love that he takes losses personally. If he didn't, then he'd be too mechanical and he'd never strive to be the best. Striving to be the best comes from within. It's an inner struggle and inner motivation. You don't get that with robots, you get it from people who can be hurt and emotional. Bravo CJ. I loved it.

Were there honorable mentions like Von Miller and DeMarcus Ware? Absolutely, but when your run defense looks like the worst unit in the league and you don't even sniff Andy Dalton, I'm not gonna spend a whole lot of time writing positives about you. Is that unfair? Absolutely, but it's the way it is.

So talk to me Broncos Country. One week from the playoffs, tell me that what we've been witnessing not only this week, but the past 16 weeks of fumbling and bumbling their way to a 11-4 record. There were blips of championship quality football that we witnessed, but far more "this team is a playoff pretender" quality. Will we be one of those teams that turns on the light switch in the playoffs like the Giants and Ravens recently did? Or will the playoffs simply be an extension of the regular season? A season that is full of amateur hour football with rare glimpses of world beating potential?

Talk to me people, because from where I stand, the only way this team goes down to Glendale, Arizona is with a general admission ticket, just like the rest of us.