I rank each of Champ Bailey's 10 seasons with the Broncos from 2004 through 2013, using a formula of my creation considering individual and team achievements each year.

The formula I used was pretty simple. I considered games played that year, tackles, passes defensed, interceptions, the team's total wins, and playoff wins (counting a playoff bye as a win), each with various multipliers. I combined these to get what I call a Champ Value Score. Here is how 2004 through 2013 rank for Champ Bailey.

Bailey missed over half of 2008 with groin injuries, and did nothing to help the Broncos down the stretch. The Broncos were 8-5 that season and needed one win the clinch the division; instead, they lost three straight, and Mike Shanahan was fired. This was Bailey's worst season as a Bronco. 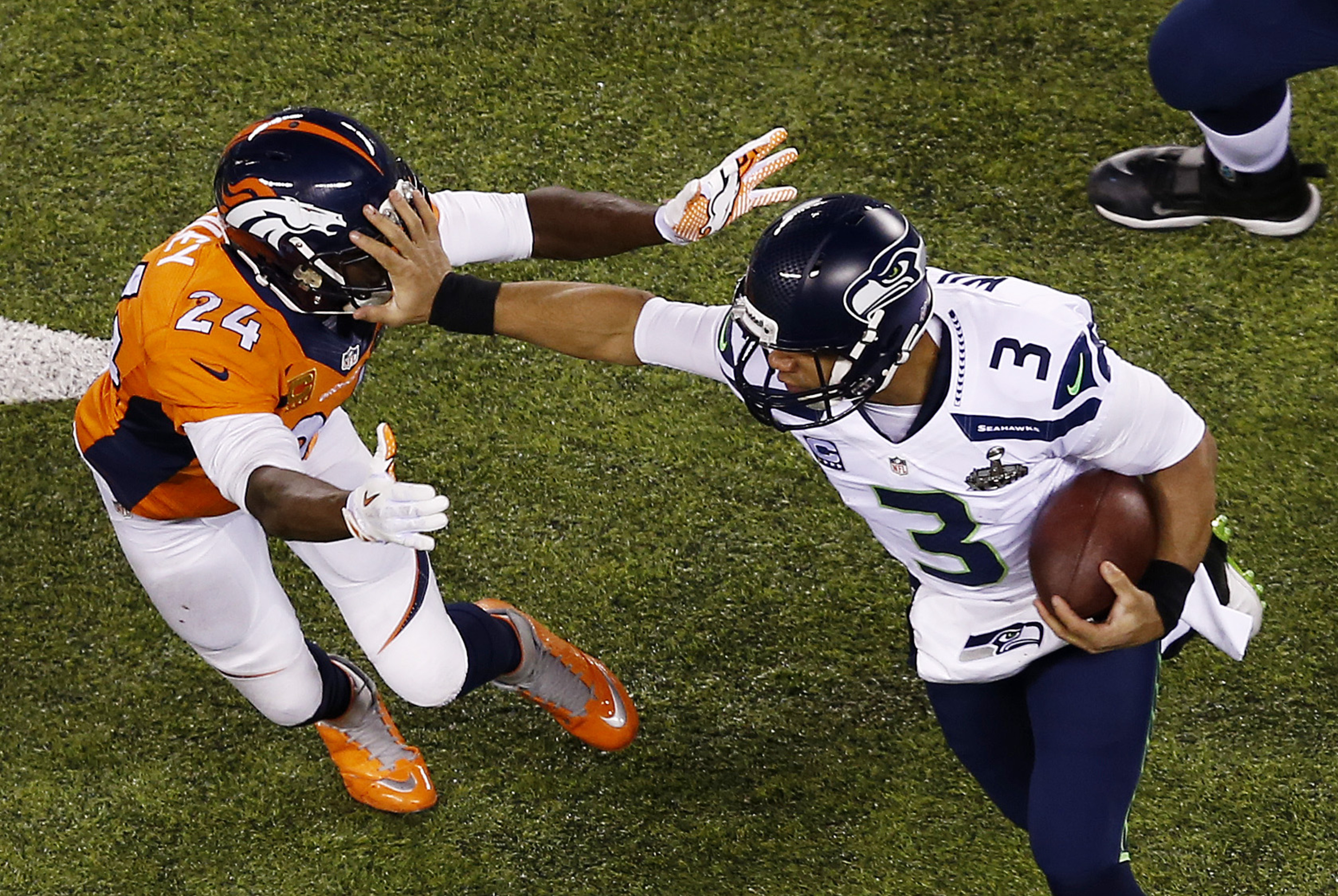 The 2013 season was saved from being Bailey's worst because Champ contributed in the playoffs. Outside of those contributions, though, there isn't much positive to talk about. His foot injury kept him sidelined nearly the entire season, and, at 35, this was the first year where it was clear he had lost a step. It was also the only year as a Bronco (or in the NFL) where Champ did not earn an interception. Still, he helped the Broncos win an AFC Championship Game; in fact, he actually played very well in it. The Super Bowl was disappointing for everyone, but it's even more disappointing knowing this was Denver's last chance to win one for Champ.

The Broncos were really, really terrible in 2010, but it wasn't exactly Champ Bailey's fault. In fact, Pro Football Focus grades it to be Champ's best year as a Bronco with a +20.0 grade (note that PFF did not grade before 2007). Still, a 4-12 record drops this season down near the bottom of Champ's Broncos legacy, and that sounds about right to me. 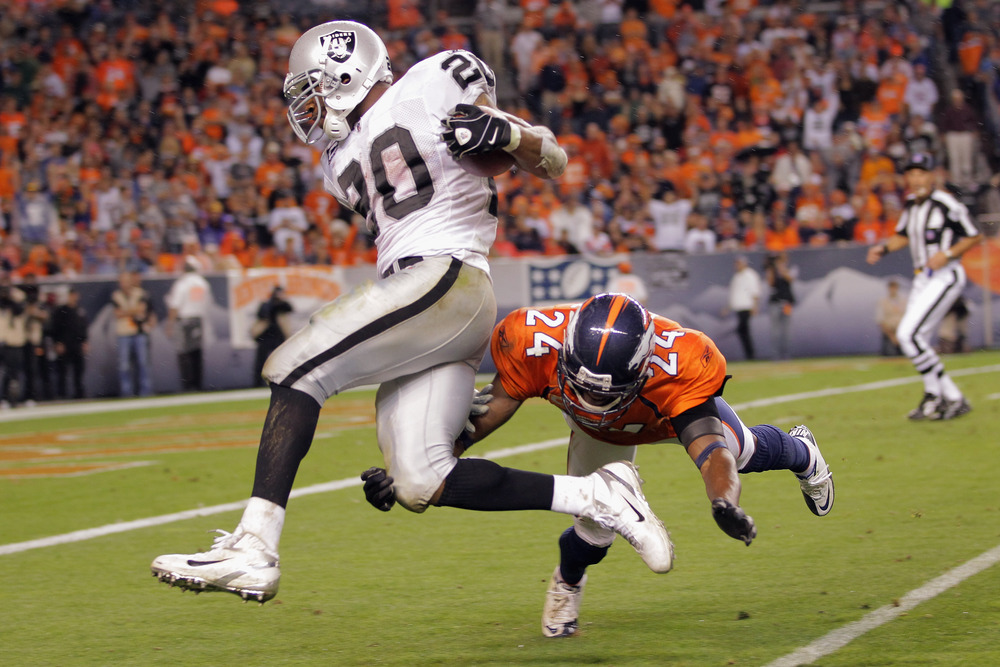 The Broncos returned to the playoffs in 2011 thanks to Tebowmania and a lot of luck (wait, aren't those the same thing?), and Champ played his part, outside of a few missed games early in the year. This was the year the Broncos gave him his big contract extension; he would only end up playing three out of those four contract years. He registered double-digit passes defensed for the third straight season.

The Josh McDaniels era began with an amazing 6-0 start in 2009 only to collapse 2-8 down the stretch, but Bailey played through all of it, tying his Broncos career-high in passes defensed. It was one of four Broncos seasons where Bailey didn't miss a game.

A year after nearly winning Defensive MVP, Champ's statistics fell off a bit, as did the Broncos, who missed the playoffs for the second straight year. Champ didn't push for double-digit interceptions in 2007, but his 14 passes defensed showed he was still a cornerback in his prime, if perhaps less able to turn a good play into a game-changing interception. 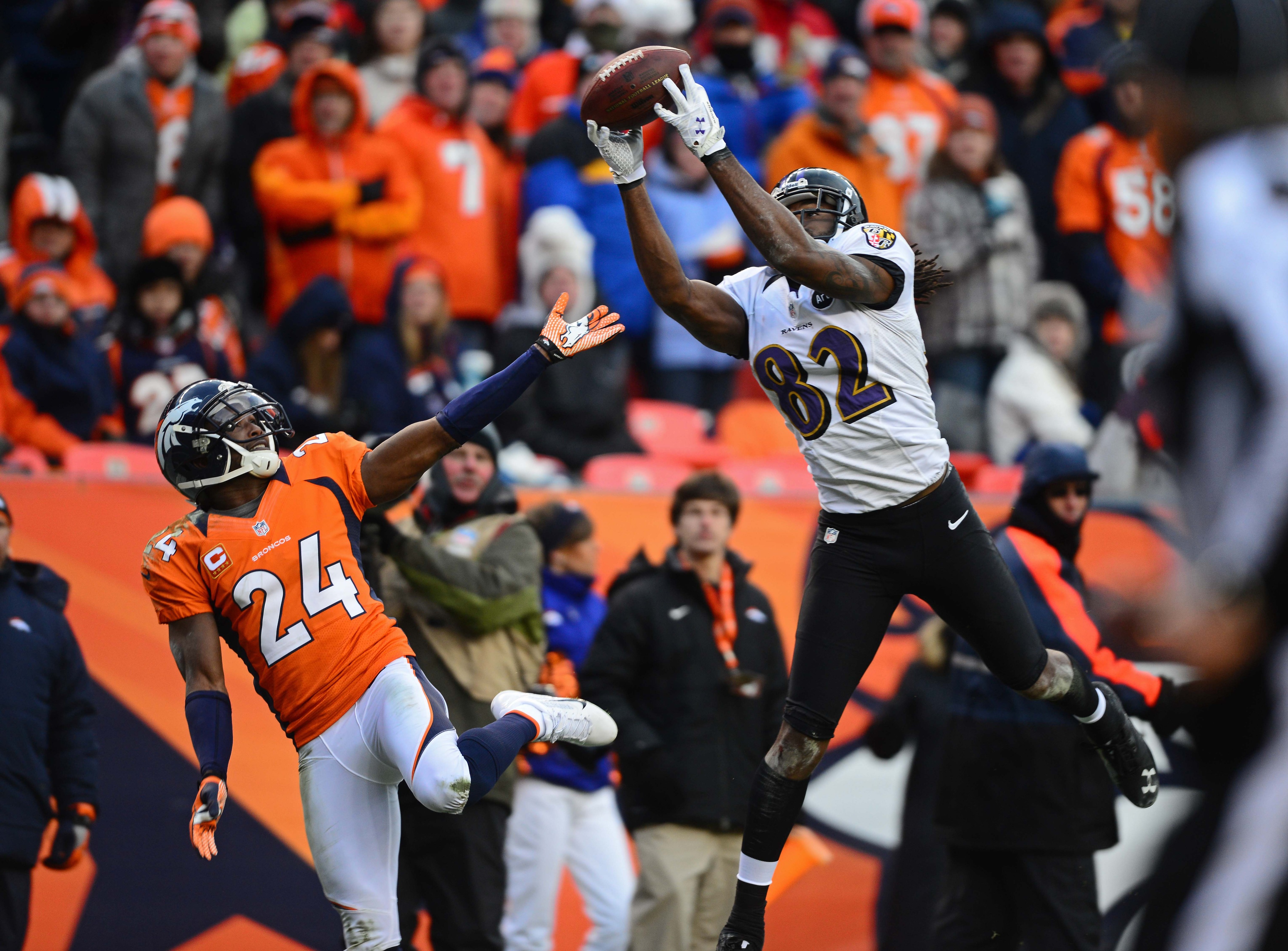 Denver's first year with Peyton Manning saw Champ Bailey continue to play a starting role for the Broncos, although Chris Harris Jr. was emerging as a more-than-solid #2 who would also line up against the team's primary receiver at times. Bailey struggled in the playoffs - some might say he was even exposed. Either way, it was the beginning of the end for Champ.

Still, before that game, Bailey still had it in 2012, which makes one wonder if it was the injury more than age that saw him slow down in 2013. He played every game for the Broncos and was a critical piece to Denver's #1 defense. Maybe another team will find that a healthy Bailey is still a pretty good one.

Bailey's first year as a Bronco was intriguing and promising. The Broncos were one-and-done in the playoffs again - he didn't help there - and when compared to Clinton Portis' 1,500 all-purpose yards in 2004, one could argue it wasn't clear who would get the better of Denver's blockbuster trade with Washington in each player's first year with their new teams. But Bailey was just about to hit his prime back then, 2004 was a tease of things to come.

Individually, this was Champ Bailey's most statistically impressive season. Bailey nearly won Defensive MVP back in 2006, leading the league with 10 interceptions and playing in all 16 games. The Broncos defense started out the 2006 season in dominant fashion, not allowing a touchdown through the season's first 11 quarters, a feat that hadn't been matched since 1942. Bailey had several end zone interceptions in consecutive games in 2006 as part of Denver's "bend but don't break" defense led by Bailey and safety John Lynch. Still, it wasn't good enough down the stretch, and the Broncos just-missed the playoffs with a 9-7 record, knocking this down a peg from what I consider Bailey's best Broncos season... 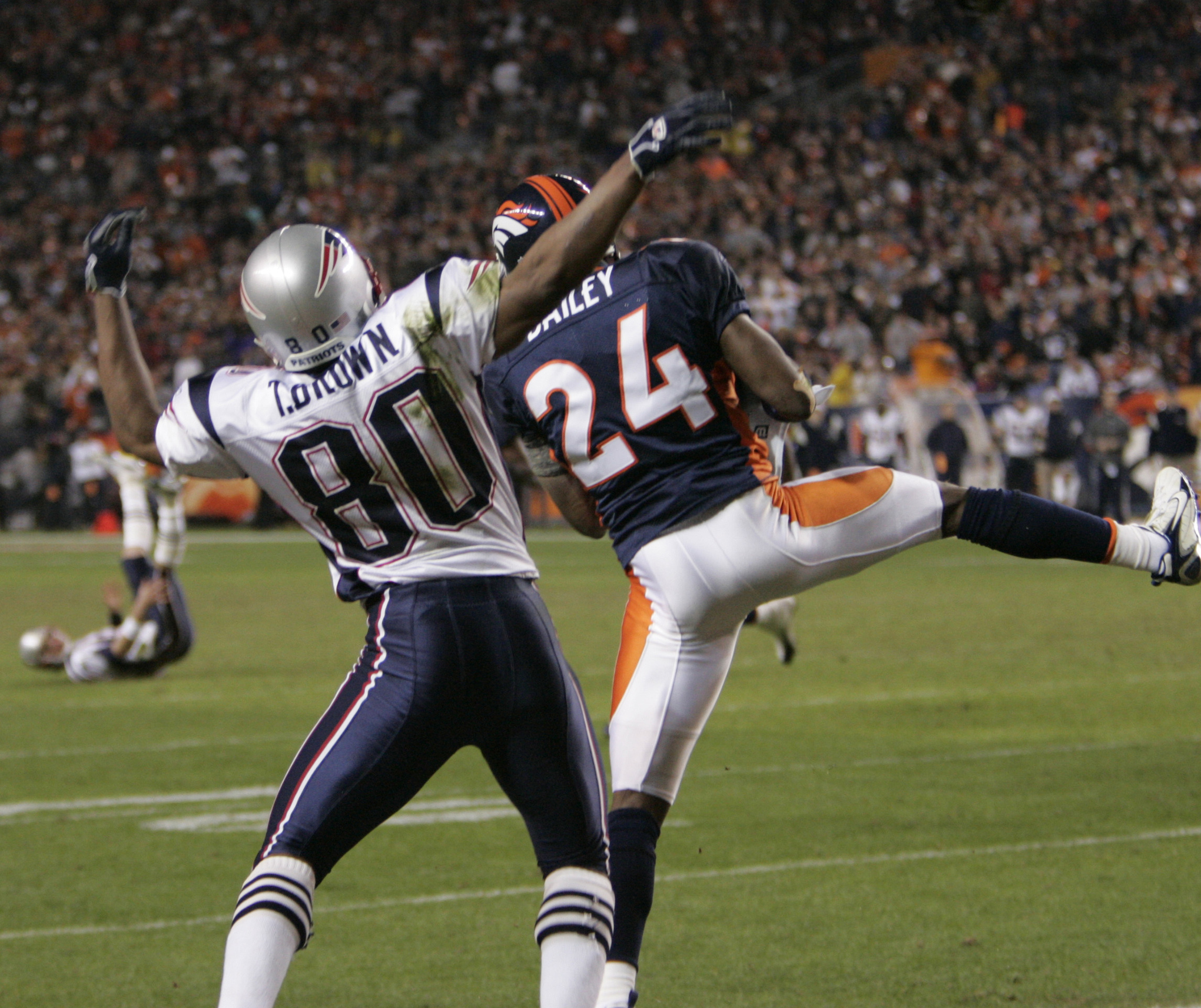 Champ Bailey's greatest Broncos season just so happened to coincide with Bailey's greatest play, a 99-yard interception return against Tom Brady in the AFC Championship Game Divisional Round. This season held the Broncos' first playoff win since the 1998 season. It gave Tom Brady, who had been undefeated in the playoffs and a three-time Super Bowl champion, his first postseason loss. It ended in heartbreaking fashion against the Pittsburgh Steelers in Denver, but Bailey played remarkably well in 2005. He wasn't nearly the league's Defensive MVP as he was in 2006, but the team accomplishments in 2005 outweigh his individual achievements in '06, to me. This was Champ Bailey in his prime.

Best of luck in your seasons ahead, Champ, wherever they may be.