Check out this story from ABC 7NEWS in Denver:

A girl battling cancer got some star-studded support Tuesday at an event at Children's Hospital in Aurora, and she has autographs on her head to prove it.

Delaney Clements, 11, is fighting stage IV neuroblastoma, a cancer that attacks nerve tissue. Her treatments made her hair fall out.

But at a celebrity chef cooking event at the hospital Tuesday, actor Jeffrey Donovan of the TV show "Burn Notice," and Denver Broncos wide receiver Wes Welker, spent some time with Clements and shared their support by answering her request for autographs by signing their names on her head. 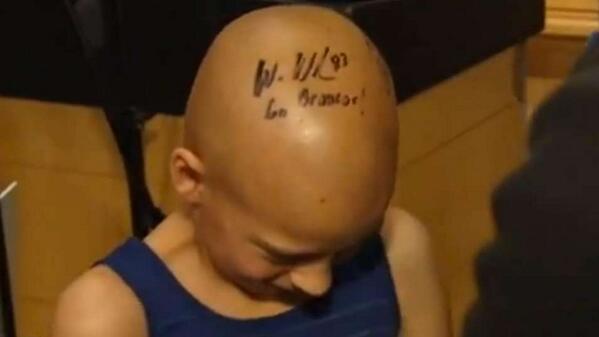 We are pulling for you, Delaney. You are an inspiration!

H/T to @NFLonFOX and ABC 7NEWS.