Ask Champ Bailey, Terrance Knighton, Rod Smith and Wes Welker how you are successful in this league...and it's definitely not how you've been approaching it.

It troubles me, DeSean Jackson, that you are now the highest paid newly-signed wide receiver this year with a $24 million, three-year deal on the Redskins' roster.

DeSean Jackson got the best deal for a WR this year despite: getting cut in late March, work-ethic concerns, no interest from KC/Reid...

It's not because I don't think you're a great receiver or don't have good enough numbers or aren't a fabulous talent who just got overpaid.

It's because you are a great receiver, have outstanding numbers and are a fabulous talent who doesn't deserve to get paid.

And that has nothing to do with speculation of affiliation with gangs (for the record, shame on journalists, players and coaches alike who made you guilty by association).

But it has everything to do with your bad attitude thus far in the NFL.

Your $24 million deal is rewarding a player who by many accounts has a shameful work ethic and a lack of respect for the game, his team and his own ability.

"What is indisputable, based on reports of others and my own reporting, is that Jackson has been a major headache for every coaching staff since his days at Cal. He is selfish and unreliable. He has difficulty committing to a team concept. He is uninterested in practicing hard. He coasted through an entire season because he didn't want to risk injury in a contract year." - Jason Whitlock, ESPN

Come to team meetings? Work hard at practice? Respect opponents on the field? Maybe even use your pro status to be a role model to friends back home?

You may think those don't really matter, that as long as your numbers on Sunday are remarkable - like your 82 catches, 1,322 yards and 9 TDs last year - that you can act like a selfish, entitled 10-year-old brat if you'd like.

Truth is, you can do that. There will always be an NFL team owner who will pay for numbers. For a while. And after the headaches of dealing with your attitude become insurmountable, it won't matter how many TDs you caught last season. Whether you stay or go, the team will suffer.

If you want to last in this league - and have a shot at being remembered as a great player and not just a distraction - heed the advice of those who "get it":

Ask Terrance Knighton why he admonished college stars just yesterday to quit demanding getting "paid" and start playing hard to earn it.

Because you're lucky to be playing pro.

What makes these college players think they'll make a NFL team "pay" Just be humble and when ur name gets called ball out. Shutup and play

Ask Champ Bailey how you stay in the game 15 years and still lead current cornerbacks for career interceptions (52), garner admiration from fans across the NFL, gain respect from both teammates and opponents alike, earn 12 trips to the Pro Bowl and walk out of the stadium knowing you're going to be in Canton one day.

Because you appreciate every day you get to play football. 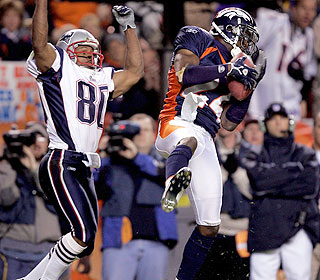 Ask Wes Welker how a 185-pound, 5'9" wide receiver plays on not one, but two Super Bowl teams.

Because you know how to be a team leader. 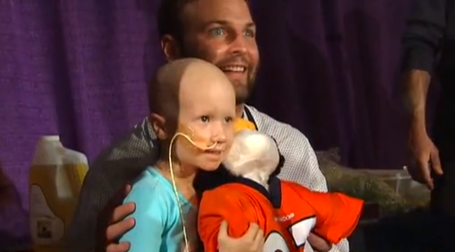 And ask one of my favorite Broncos of all time, Rod Smith - a guy who was an undrafted free agent and started on the practice squad - how you retire after 14 seasons with 849 receptions, 11,000+ yards receiving, 68 receiving touchdowns and two Super Bowl rings.

Because you work harder than anybody else.

Smith didn't have your talent or your draft status out of college. But he knew better than most if you take your talent for granted, you're done.

"I knew I was going to outwork everyone else," Smith said. "When they were gone, I was still working. When they were asleep, I was still working. I tell people that all the time -- work works. I wanted to be the best teammate I could be. I knew if I was better, it made our team better. You have to clock in and sometimes you don't clock out," he continued. "In the NFL, I never clocked out. The day I clocked out was the day I retired."

I hope you're serious about "being humbled" and that you're definition of "moving forward" includes an attitude adjustment about work ethic and respect for the sport, not just your stats.

Football fans love to see players succeed, and I for one, hope to see you deserve that $24 million.

You have a lucky - and lucrative - second chance to be a better teammate, a potential role model, and a Hall-of-Famer.

Don't screw this one up.