Xavier Su'a-Filo is still in play as the Broncos enter Round Two today.

Ah, more mock drafts. You know you missed them.

Here's a round-up of Day Two mock drafts, and how people believe the Broncos will be drafting. I went ahead and grouped them by position - you will see that one position is winning out. 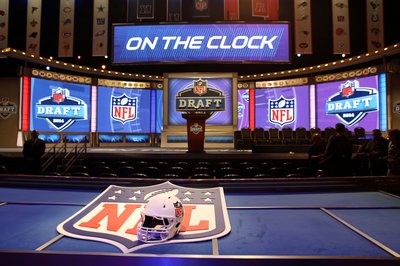 2014 NFL Mock Draft Round 2: Houston Texans take Jimmy Garoppolo - NFL - Don Banks - SI.com
David Yankey, G, Stanford -  The Broncos don't have a desperate need at the position, even with Zane Beadles' departure in free agency, but Yankey is too highly rated to pass up, and he gives Denver quality depth at one of its few weak areas.

2014 NFL Draft: Second-round mock draft - CBSSports.co (Rang)
Gabe Jackson, G, Mississippi State: Protecting Peyton Manning should be a top priority and Jackson would be a steal at this point in the draft.

The best available players for Round 2

The best available players for Round 2

2014 NFL Draft: Round Two Mock Draft | NEPatriotsDraft.com
Chris Borland, ILB, Wisconsin -  Chris Borland is undersized, but at this point of the draft is a great value pick. He'll be an impact player regardless of the team he goes to and after losing Wesley Woodyard in free agency, the Broncos need an Inside Linebacker.