Horse Tracks: To the victors go the spoils

Despite a game featuring the backups, Broncos fans were not disappointed. It was a spectacular show on offense and defense, making the looming roster cuts an unenviable decision.

Share All sharing options for: Horse Tracks: To the victors go the spoils

It's great to be a Broncos fan, eh Broncos Country? 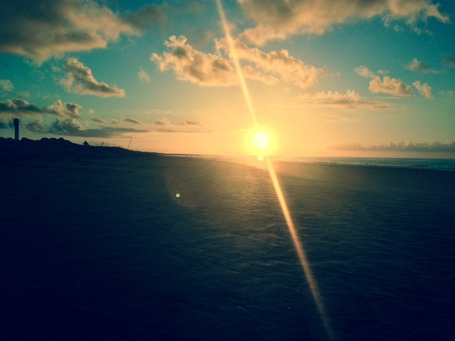 27-3, great highlights to talk about, slew of great players to choose the final 53, an orange and blue sunrise, and guess what?

Lots to talk about this morning so get your coffee and strap in because this could be a wild ride.

But the new defensive end knows exactly which team he is playing for - the team that just beat his former employer.

But the score doesn't tell the complete story, which is that the Broncos completely dominated in the final preseason game.

In a game that featured the second and third stringers, Broncos fans were still treated to an offensive and defensive domination that just made waiting for the next two weeks to go by that much harder.

The depth on offense and defense is almost obscene, making cut decisions today and this weekend a formidable task.

"It's the strongest we've been in our tenure here," head coach John Fox said after the 27-3 spanking by the Broncos over the Cowboys. "John Elway and his staff have done a tremendous job building that depth. Now it's just a matter of starting the regular season and staying healthy throughout."

Amen to that. But after last night's performance by just about everybody, I feel really confident that this Broncos team is among the best its had, and that's saying a lot given the comparisons we get to make.

Quarterback Brock Osweiler showed poise and patience that makes me very confident for the future of this franchise.

Throwing 9 of 13 for 190 yards with four scoring drives, three of which were touchdowns, Osweiler looked extremely comfortable out there, even under pressure. And his press conference was reminiscent of ...now who was that other quarterback? Oh yeah, No. 18.

"It all starts with the offensive line. I thought the second group played lights out," Osweiler said. "It was a great team effort tonight."

I don't know about lights out; Osweiler made some great plays and several scrambles to get the ball out, like that spectacular grab by Andre Caldwell.

I didn't actually see the catch. But I know Bubba went up there and made a great play for me. I thanked him for it right afterwards.   -Brock Osweiler, quarterback

"I didn't actually see the catch," Osweiler said of the play. "I saw the ball come out of my hand so I definitely know it was behind, not exactly where I wanted to place that football. But I know Bubba went up there and made a great play for me. I thanked him for it right afterwards."

And Osweiler's offensive line should thank him for not making them look bad on that play.

Regardless, imagine his potential behind the first team O-line? Yes, it's good to be a Broncos fan.

Undrafted rookies Kapri Bibbs and Juwan Thompson both showed solid running last night, and if it were me, I'd have to keep them both. But we've already established that I wouldn't be able to make these kinds of decisions, so I'll just leave it that both performed like they were playing for a job, and that means we've got competitors.

And boy do I love that from guys who have to fight their way on the field for yards and points.

"I just think that this is a game that's really important for young guys like me. Just go out there, give your all, leave it all on the line and make the decisions for the coaches even harder," said Bibbs, who ran for 32 yards and two touchdowns. "Only God knows if this was my last [game], but I wanted to make sure it was a good one. I left it all out there and wanted to have fun too."

Rookie wide receiver Cody Latimer has been one of the darlings of training camp and preseason, and after a mediocre performance last week, he bounced back huge with a 57-yard catch that just shows what this kid is going to be able to do.

I don't think he has anything to worry about making this team, but you gotta love his attitude about it - fight for everything.

I just hope that the coaches thought I played good, and hopefully, I'll stick around.   -Cody Latimer, wide reciever

"I just hope that the coaches thought I played good, and hopefully, I'll stick around," said the Broncos No. 2 draft pick. "(Training camp) was a long, tough experience. I'm happy I made it through. I'm thankful for the coaches putting me out there in different situations and allowing me to showcase some of my talents."

Speaking of showcases, the second team defense looked like they've been taking good notes from the starters. That is going to be a tough group to whittle down, and I won't even venture a guess on who stays and who goes.

I will say one of my favorite parts of the game were the back-to-back sacks from Shaquil Barrett and Mitch Unrein.

Two sacks in two plays - @MOOCHIE056 and @MitchellJUnrein. Can you say Depth? pic.twitter.com/m9fExsm8z7

"I thought I had a safety, but a sack is fine with me," Unrein said after his take-down at the Cowboys' one-yard line. "That doesn't come around too often with me. I just have to work on my sack dance because I didn't have anything planned. It always seems like I get up, point around and run to the sideline."

We forgive you, Mitch, and look forward to that dance.

"We played the way we were supposed to play," Unrein added about the second team defense. "Go out there, everyone do your assignment and fly to the ball. I know I can play in this league. If it's for the Broncos, that would be great. I feel like wherever it's at, I hope I can contribute."

Defensive tackle Kevin Vickerson co-led the team in tackles with Corey Nelson for five on the night.

"I'm just trying to play hard and show that I still got it. I'm showing that I can still play this game at a high level," Vickerson said. "Competition brings out the best in us. Everybody played hard, and that's all you can ask for. At the end of the day, play hard and lay it out on the line."

Have I said this enough - glad I'm not the decider.

End of the preseason. Time for the real work to begin! Hope to continue my journey in Denver! #GoBroncos #BroncoCountry

As we head into the regular season - YAY! - I'm looking to do a series of Q&As with a different MHR members for each upcoming game. You would have a chance to highlight what you like/don't like about the opponent, key match-ups in the game, players to pay attention to, what you're looking to see out of the Broncos, and of course, answer some other fun questions about the season and the team.

I'm hoping there's interest from you all because it's great to highlight our members and the insight you have beyond just Fan Posts and the comments sections. If you would like to be one of the "interviewees" just mention it in the Comments and pick your Broncos game. Ok...GO!

For something completely ridiculous (but I'm totally serious)...

Where are my band members? I have written a "Broncos-themed" version of Billy Joel's "We didn't start the fire" and I need a band to sing/record it. Easy, right?

Ridiculous? Yes. Am I serious? Absolutely. Don't laugh too hard before considering it...I'll take the highest bidder (which, um, means just about anyone who wants to help me out, but when I make it on Dancing With the Stars for my Broncos swing dance,I promise full credit.)

Broncos at Cowboys preseason 2014: Everything we know