Create-a-Caption: What's over there?

Share All sharing options for: Create-a-Caption: What's over there?

The Broncos will kick off preseason tomorrow night when they host the Seahawks at home. Obviously, we've been waiting all offseason for this rematch.

It's "only" a preseason game, but both sides seem fired up. The real showdown will happen in Week 3, but we're excited nonetheless.

With the return of football also comes the return of Create-a-Caption—what is Russell Wilson saying in the above photo? What is he pointing at? You decide! 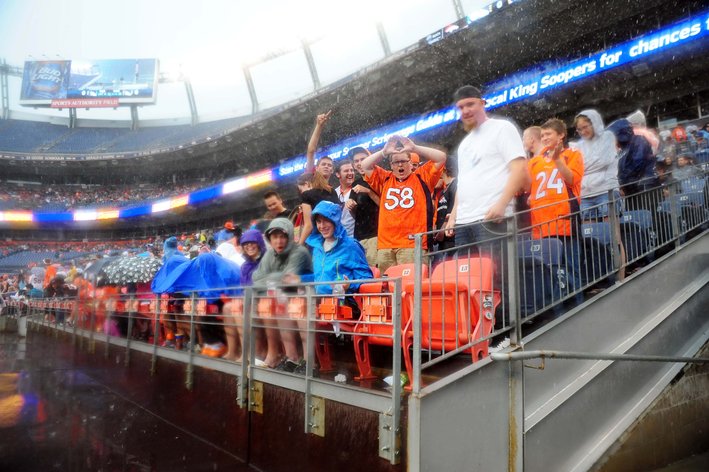 "These two empty seats? Yeah. Two guys from back east. Said their names were Josh and Bill. When they popped out video equipment, we threw them over the rail. Bounced right outta their hoodies." — areferee