The tradition returns! The Denver Broncos defeated the Seattle Seahawks 21-16 in preseason action Thursday. And when the Broncos win, the Mile High Report staff gives out Game Balls.

Brock Osweiler had some ups and downs in extended action.  At times he held on to the ball too long and stared down his receiver causing an interception.  These are the growing pains you live with however when he makes the kind of plays he did.  Brock used his legs to gain positive yardage when the backup OL failed to give him time.  He floated a beautiful pass deep down the sideline to the outside shoulder on what should have been a catch.  At the goalline, he noticed a light box count and audibled to the run on Kapri Bibbs' TD run.  Under pressure, he split the coverage on a beautiful ball down the seam to Jordan Norwood.  Brock needs to improve the timing on his throws down the field but I am confident that if asked to he could step in and make plays for this offense.   - Bronco Mike

If it was not plain as day how important Ryan Clady is to that offensive line against a truly good defense, then I cannot help you. He is the anchor that keeps Peyton Manning comfortable in the pocket and allows the rest of the line the flexibility to double team when another offensive lineman is struggling during the game. You cannot put a price on that. Here's to the Broncos staying healthy where it matters the most in 2014. - Tim Lynch

Although Juwan Thompson began turning heads at training camp, his performance in last night's game was still quite a surprise - but a welcomed one since strength at running back has been a bit of a mystery. For a guy just hoping to make the 4th spot on the depth chart, he showed great poise - plus explosiveness - in his NFL (preseason) debut by leading the team in rushing yards at six carries for 59 yards.

I'm guessing it will be good to remember this guy's name/jersey number. pic.twitter.com/kVykveuyx9

And though he didn't have an endzone score like fellow UDFA Kapri Bibbs, the undrafted rookie from Duke showed he deserves a real chance on this offense...and he just might make it to the No. 3 spot after the way he took a hit and still came back to the game. And the added bonus is that he likes to hit: "I do like to make people feel the pain and make sure they don't try to tackle me the next time, but that's how the game is played." Yes. Yes, it is. - Laurie Lattimore-Volkmann

I have not seen someone relentlessly pursue the enemy, play after play, since... well, DeMarcus Ware an hour earlier. But I was very impressed by the second-year Bronco's tenacity. I saw him get knocked down, far from the action at quarterback, but get right back up and continue his pursuit. Once that second effort even resulted in a pressure of Terrelle Pryor - Smith was remarkably quick in getting up to get after the Seahawks QB. Smith is clearly a pass rusher that backup offensive linemen will have trouble containing; I'm eager to see how he performs against someone of NFL starting-caliber. - Monty

Our game recap talks about Peyton Manning's efficiency and the relentless pursuit of DeMarcus Ware and Quanterus Smith.

The connection between Peyton Manning and Demaryius Thomas did not skip a single beat from Super Bowl to preseason game one. Thomas hauled in five catches for 52 yards in just one quarter of action against the Seahawks' tough secondary, including a couple tough third down plays to extend drives. DT insists that he's not playing this season with a big contract in mind, but if he continues to play like he did last season, and last night, he'll be due for a huge pay raise in 2014. John Elway, get your checkbook and pen ready. - Jacob Dearlove

As much as I want to give my game ball to Steven Johnson for ending the game (and simply making plays every time he's on the field like I always claim), I can't pick him ahead of Irving. Nate Irving was easily the best linebacker for the Broncos last night (Von didn't play). He routinely got into the back field and stopped running backs cold. He was always in great position to make a play, and really solidified himself as the undisputed starting middle linebacker on a Super Bowl contending team. He is the presence the Broncos sorely missed in the middle last season. If last night is any indication of how good he really is, then a pro bowl berth could very well be in his future. - Big Pete

My game ball goes to Broncos Fans in Seattle. For the last six months, they have had not only to suffer the loss, but the happy dance celebration over the Broncos defeat. As someone with family in Seattle, I know firsthand that Seahawks fans can be as relentless as they are obnoxious. My hats off to you guys for showing up in force all over Seattle last night. You guys deserved that win. A hearty Mile High Salute to you all. - Jess Place 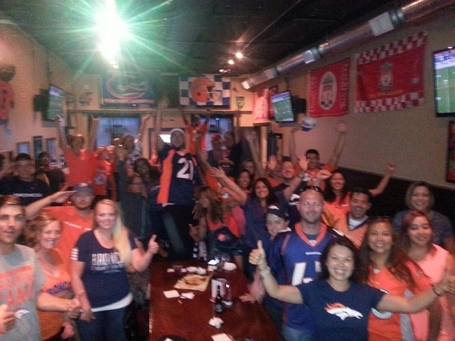 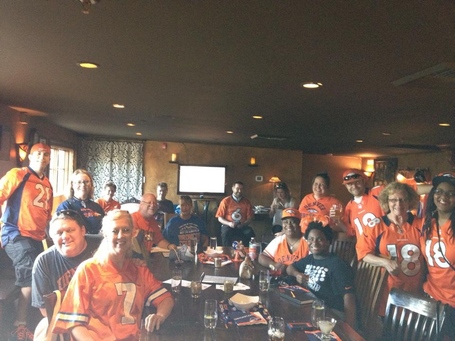 Jordan Norwood looked impressive in Thursday's win, catching three passes for 51 yards and the game's winning touchdown. Norwood also returned a punt 20 yards, showing his value as a returner. Norwood's experience (he's been in the NFL since 2009) gives him an edge over some of the undrafted players he is competing with for a roster spot. If he continues making plays like he did on Thursday, Norwood will soon find himself on the 53-man roster. - Jon Heath

My game ball goes to Danny Trevathan. While it is true that he was credited with just a single official tackle, he appeared to be in position to force ball carriers into the arms of other defenders who gained the credit for the tackles. While he is also being criticized for a pass interference call that led to a Seattle score, the fact remains that he was near enough to the ball to make a play. What caught my attention was the assessment made by one of the commentators (I think it may have been former Bronco John Lynch) who reflected that Trevathan was "undersized" and "not fast" but that he was also always making plays. He may not have piled up a bunch of stats, but his play-making contributed in a big way to the success of his teammates. - Brian Shrout

I wanted to go with Kapri Bibbs among what seemed like gaudy numbers from the running backs as a whole, but upon further review it seems that most of the significant runs by Thompson and Bibbs were called back due to penalties. A guy that I could not wait to talk about is Kenny Anunike. Now, Anunike didn't get an official stat, but from the second quarter on my unofficial statistics count six quarterback hurries and a half of a tackle for a loss. In fact the only time that the Seattle Seahawks offense seemed to be successful was when Anunike was replaced at right defensive end.

He has been a chaos maker in camp and when giving the opportunity he is now carrying that over to game time. Check out number 68 next week, a man that is listed behind Quanterus Smith on Denver's depth chart, but played at the same time as him most of the game. - Ian Henson

Keep this man healthy. I can't wait to see what he and Von Miller can achieve in the lineup together. - Monty

We have all heard about Austin during camp and he showed why last night. Austin had a beautiful sack in the 2nd quarter, and he just overmatched the Seattle's 2nd team offensive line. Austin has always had the talent, just has struggled staying healthy. If he can stay healthy he will be an active member of the Denver Broncos D-Line rotation! - Scotty Payne