Share All sharing options for: Peyton Manning got irate at Julius Thomas during Chiefs game [VIDEO]

Julius Thomas had a four-yard, fingertip touchdown Sunday. He's hauled in four receiving touchdowns on the year, the best pace for a Bronco in team history. He was the AFC Offensive Player of the Week a week ago.

But like your old-school military father, none of that is good enough, son. Not for Peyton Manning. Not when you run the wrong route on third down.

Thomas was lined up outside, with Demaryius Thomas in the slot. The two Thomases faced a trio of Chiefs defensive backs. Had J.T. stuck to the outside and ran up the sideline like he was supposed to, it's very likely D.T. would have faced a one-on-one situation, needing five yards for the first down. Instead, after Manning's short toss to Demaryius, all three Kansas City defenders converged on him, as J.T. tried to run a rub route well within bounds. Demaryius had no chance. 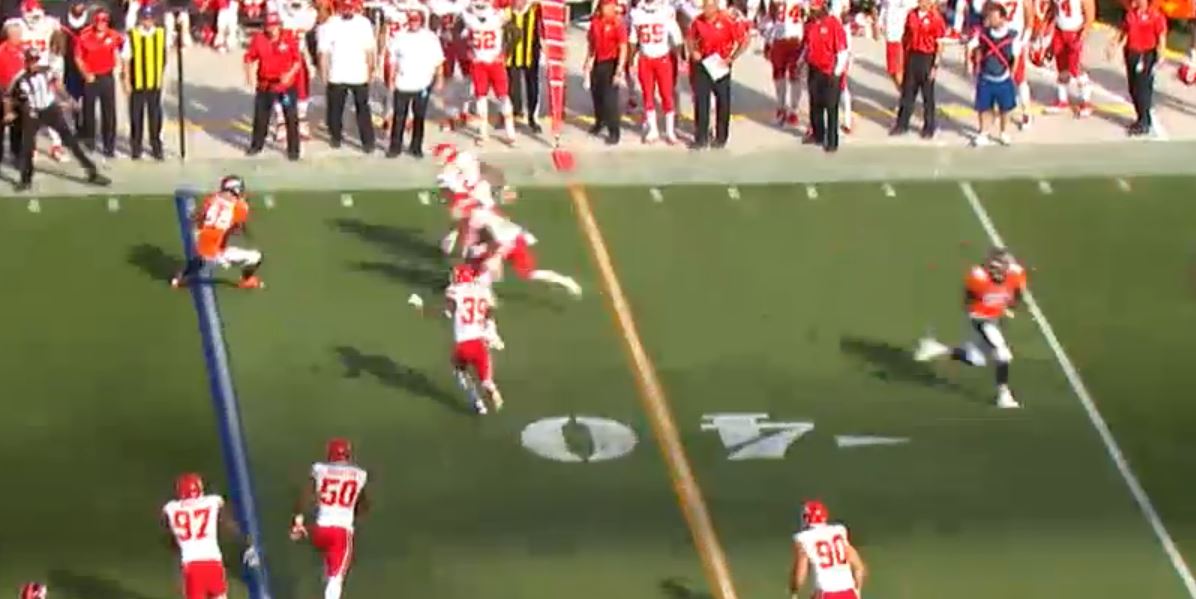 The result was an epic verbal thrashing from Manning.

If you need more evidence that the Broncos are even more focused than you on righting what's wrong with their second-half offense, I don't know what to tell you. Manning will get it fixed.

You can watch the higher-quality video on NFL.com. Thanks to ProFootballZone (H/T The Denver Post) for this version.

What's your take on Manning's thrashing of Julius?