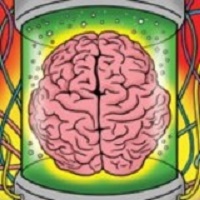 Bio: My life as a Bronco fan started when I was a young pup.  My future Dad invited me to watch football with him.  I had never watched football for a moment of my decade or so of life and was honestly pretty bummed about the idea...there were GI Joes, Transformers, and Nintendo to play.

None of my Mom's boyfriends to that date had ever really had much to do with me, so I watched. Long story short, I (like a complete tool) cheered for the Giants in the first Superbowl I ever watched just to be spiteful and even won my dime bet with my Dad that the Giants would win.  I'm sorry Dad!  We may have been through ups and downs in life, but I'm so thankful for you and that you taught me about football and our Denver Broncos!

I kept on watching though and was just awestruck with how fun the game was and how good Elway was.  I watched two much more painful Super Bowl loses after that one and kinda figured that like me, my team would always be a bunch of losers.

Then 1998 came along and I was blessed to watch one of the most awesome seasons of football a Bronco fan has ever watched.  We had such a fantastically talented team and a run game that was flat-out unstoppable (Mile High Salute to the O-Line and TD).  I remember for the first time of my adult life going to my room, closing my door, and dropping to my knees to pray to God.

"God, I know this doesn't mean much with me asking, but please just let our team be in the game and have a chance at the end.  I'm not asking you to hand us the game, but just let us have a shot. Amen."
To this day I believe that prayer was answered. Also I'm not ashamed even a little to admit I cried for at least 10 solid minutes after Mobley knocked that pass down.

I came to Mile High Report right after the Plummer / Cutler saga from some random article I found when searching for information on our team and was hooked within minutes.  There was a place where I could not only read some seriously great info on our team written by real fans who didn't have an agenda, but I could also comment and chat with other people in Broncos Country!?  Mind Blown.

I have learned so much from Mile High Report and have always tried to give back.  I may have grown up in chef country, but I am literate.  So at some point I started posting my opinions.  Then I eventually started doing game reviews mainly because I really loved getting other people's perspectives and the discussions that would follow.
I'm proud of my track record and the growth that I've done here at MHR...not just in football knowledge, but also as a person (ask the old-timers...I was quite the punk back in the day). I consider it a very big honor to be asked to join the staff and I look forward to helping our team here at MHR keep this site the very best Bronco community on the Internet.

Favorite Post: I can't pick between two, so deal:

A Message from Tebow's Biggest Bronco Critic
I remember this one because one of my MHR heroes Steve Nichols complimented my post. That was a very big deal to me since the foundation of what I know about how the game of football works comes from Steve (Mile High - U Represent!). Also this was a very big maturity post for me as I seriously hated us picking Tebow. It took a lot for me to drive to the high road that this post represents.

Ravens at Broncos: The No Bull Review
I loved this review so much mainly because it was absolutely a blast to write. The game was totally amazing and all, but I don't think I had ever written a review so quickly while being so entertained with the whole thing.  And yes, ladies and gentlemen, I have honestly written reviews and then discussed them with myself in 3rd person...it only gets really weird when the wife walks in to the middle of my discussion.