The silliness of the Peyton Manning trade rumors that were reported on yesterday awoke my inner troll. Let's review the drama as it unfolded on Twitter yesterday and inject a little meme fun to characterize each player in this saga.

For the record, I couldn't care less if the rumors are true or false. Any player has a price and it looks like the Houston Texans were not willing to pay what the Denver Broncos felt Peyton Manning was worth. So if anything, the narrative should be "Texans think Manning isn't worth very much," not "OMG Broncos hate Manning!"

So with that in mind, let's make fun of the entire situation by associating each tweet with its own meme, shall we? Scroll slowly, as it's important you read the tweet BEFORE you see the meme. :)

#Broncos attempted to trade Peyton Manning this off-season to the Houston #Texans per more than one source in position to know. (1/2) 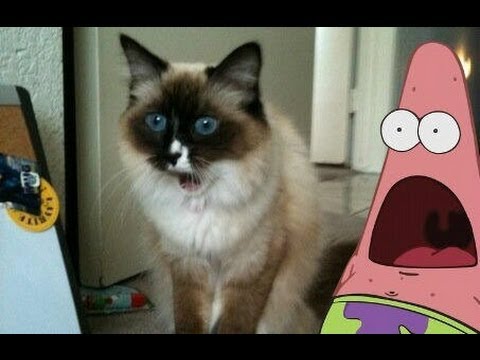 Here's one for the record - The speculation is false, and your report is inaccurate. https://t.co/Epge4WkOrX

From agent Tom Condon to PFT: "Neither the Texans, the Broncos, or Peyton Manning ever talked to me about a trade anywhere."

Did some digging on the Peyton story. According to my sources, the Broncos never tried to trade him. Certainly tried to cut more salary. Sorry this took so long, but I wanted to talk with 3 Texans sources I trust about Manning report. All tell me it's not true. Let's get this straight: Guy who's radio station is no longer on air reports Peyton Manning trade to Houston. And it spreads. What a biz.

That about sums up the drama yesterday and it's us bloggers who are the crazy ones. Well OK, maybe that's still true. Now for the daily Broncos news ya'll have been waiting for.

Rehab means less time off for Marshall, Trevathan | DenverBroncos.com
Linebackers Brandon Marshall and Danny Trevathan continue to work at team headquarters eyeing training camp for their return to the field.

Malik Jackson aims to break out in first year as a starter | DenverBroncos.com
With his sights set on a double-digit sack season, Malik Jackson is looking to have a stunning first season as a starter on the defensive line.

Broncos running back C.J. Anderson dropping weight, not workload - Denver Post
C.J. Anderson doesn't have trust issues. He realizes the high expectations for him in 2015. The growth of his football knowledge is such that Broncos quarterback Peyton Manning said he sounds like a 12th-year player.

VIDEO: Broncos Have Too Many Kickers - Brandon Perna
Some of the most interesting moves to be made between now and when the season starts are at the kicking positions. The competition in that department will be strong, but do any of the current kickers have a leg up in the competition. OMG, did I just say that?

Shane Ray Sees DROY On The Horizon - Mile High Huddle
Broncos outside linebacker Shane Ray has set the bar high on the goals for his rookie season.

Broncos deny rumors they attempted to trade Manning to Houston - SBNation.com
The Broncos may or may not have shopped their star quarterback, which would have been a fascinating deal.

Cocaine, illiteracy and football could not stop Dexter Manley - SBNation.com
It's a warm spring day and Dexter Manley bounds out of the office and jumps into his boss's truck like a kid heading to the playground. As the new director of marketing for Rockville, Md.,-based CE Construction Services, he'll be paying visits to both potential and current clients, and I'm along for the ride.

Will stardom spoil Odell Beckham Jr.? - SBNation.com
The reigning Offensive Rookie of the Year's meteoric rise hasn't been without its bumps, and the Giants are helping their top receiver learn to navigate the pitfalls of fame and keep his focus on the field.

The life and times of Jaxson De Ville, the Jaguars' lewd, madcap mascot - SBNation.com
After 19 years, Jacksonville Jaguars mascot Jaxson De Ville is retiring. It's heartbreaking, but probably for the best. Jaxson was the star of the franchise for a long time, but he was also unhinged and deeply self-destructive, and with each passing season, the chances increased of one of his dangerous, stripped-to-the-fur stunts leading to his death or arrest in the name of Duval.

NFL training camp cuts could include EJ Manuel, Tim Tebow - SBNation.com
Many players are in danger of being released in training camp, including Buffalo's 2013 first-round pick.

Good contract/bad contract: A guide to NFL offseason extensions - SBNation.com
Waiting out contract extensions can be an emotional roller coaster for fans. Once the deal is done, how do you know if it's going to be a good or bad one? We're here to help.