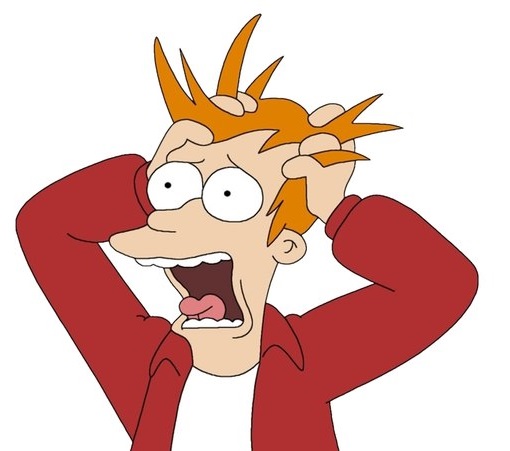 What. A. Game. I haven't experienced a roller-coaster of emotions like that since 2011. But as amazing as this win was, there is SOOOOO much that is WRONG! I don't even know if I can list them all. We'd better get going, because this could take a while.

Wow, you guys, I am seriously going to die! The Broncos are going to give me a heart attack! Why do I do this to myself?

Oh my God! Manning is so terrible! He threw ANOTHER pick-6! I have never seen worse quarterback play in my life! Is Tim Tebow still available? At least Timmy can get out of a sack! Manning can't do anything! Let's get Tebow in here, maybe then we might win a game sometime during the rest of this season!

WHAT?!?! 17 points?! How can we survive a defense that gives up 17 points, to Captain Checkdown no less?!? Orange Crush? More like Orange MUSH! Cut them all, right now. Let's start from scratch, because this isn't going to cut it. Is it too late to beg Del Rio to come back?

Come on!! Once again, the special teams did not score a single touchdown! It's like they don't even want to win!! Seriously, can they even football? Oh, and not only did they not score, but they couldn't even block a punt! Is this not the worst special teams you have ever seen?

Do we even HAVE blockers??? We might as well put the QB and 10 WRs on the field. The QB would have just as much time! And maybe one of those 10 WRs would ACTUALLY be able to get open and catch the ball!

OH NOES!!! Our #3 CB is just the worst ball carrier ever! Did you see him on that fumble return?! He was almost tackled by Alex Smith!! How can we be expected to win games when we are putting defenders on the field who will let themselves be early tackled by Alex Smith?

GAAAA!!! Did you hear the noise in that stadium last night? Clearly, the Chiefs fans are much better fans than we are. We may as well not even show up to the games, because we are obviously the biggest embarrassment in the league.

THE GAME WAS RIGGED!! The Broncos were SO undisciplined last night! I mean, so many penalties! The only way we could have possibly won that game is if the officials WANTED us to win it! We were committing HORRIBLE fouls on every play! Don't believe me? Ask AP! They were clearly able to see what we refuse to! The officials just let it happen because we were supposed to win! Probably because of the Illuminate.

Sound off MHR. What panicked YOU about last night?

What makes you panic the most?