The weather for the AFC Championship Game is looking dicey.

Share All sharing options for: Patriots vs. Broncos weather: Rain, rain, go away 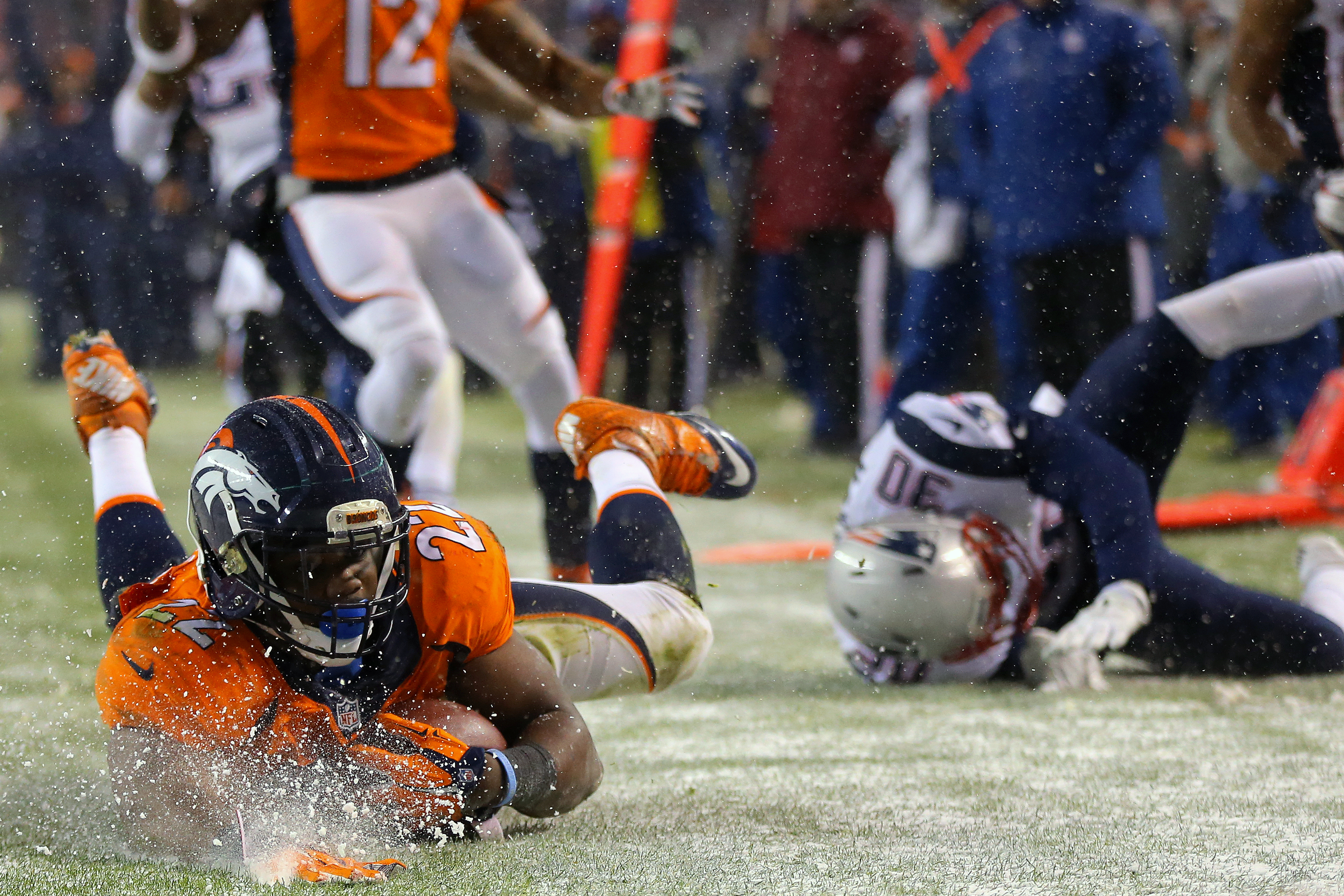 But as the U.S. government might say: why settle for one epic weather game vs. Tom Brady when you can have two for twice the price? 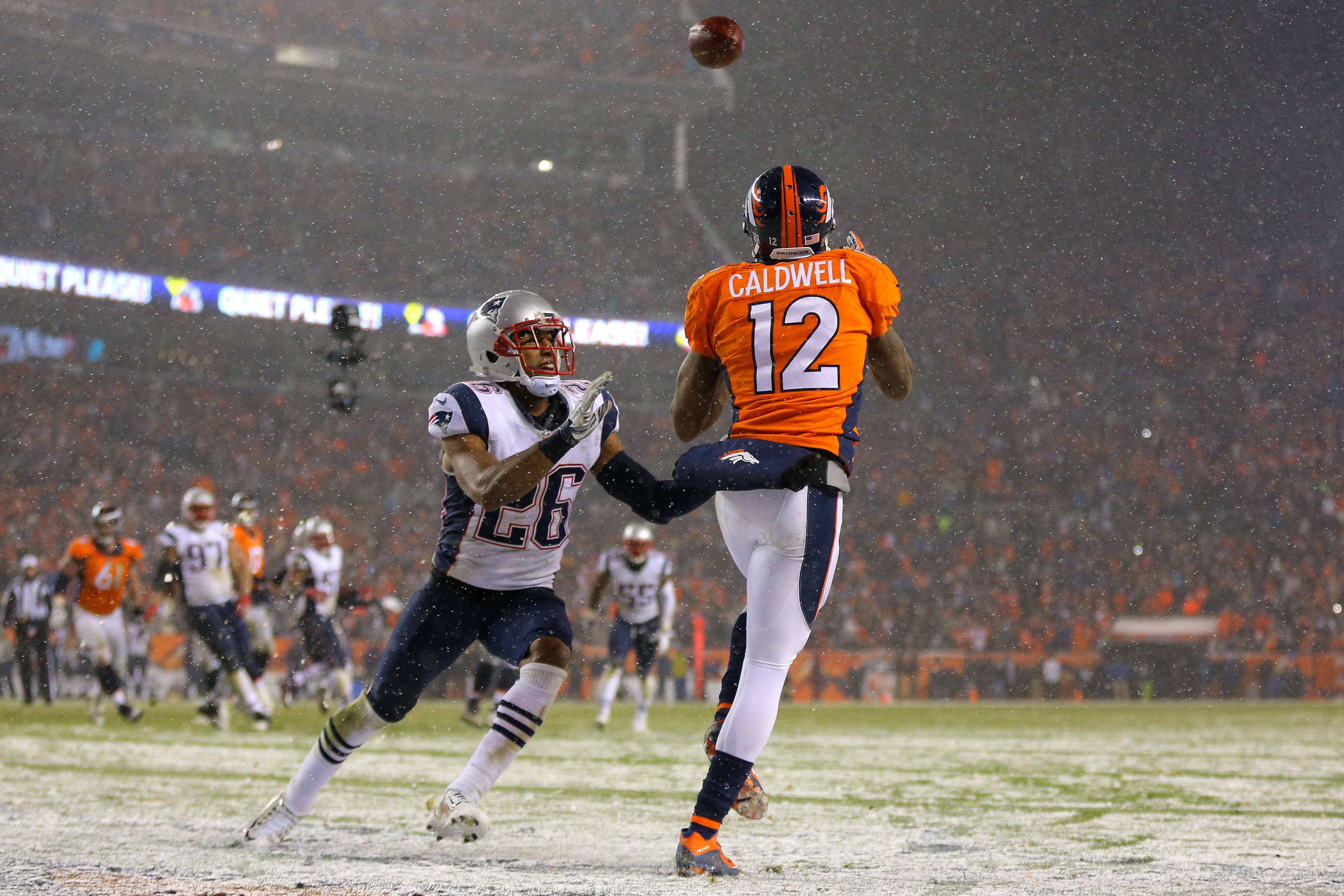 Currently, the forecast for the AFC Championship Game calls for a possibility of rain and/or snow showers, according to CBS4 Denver. With kickoff temps above freezing, that looks like it's leaning toward rain. 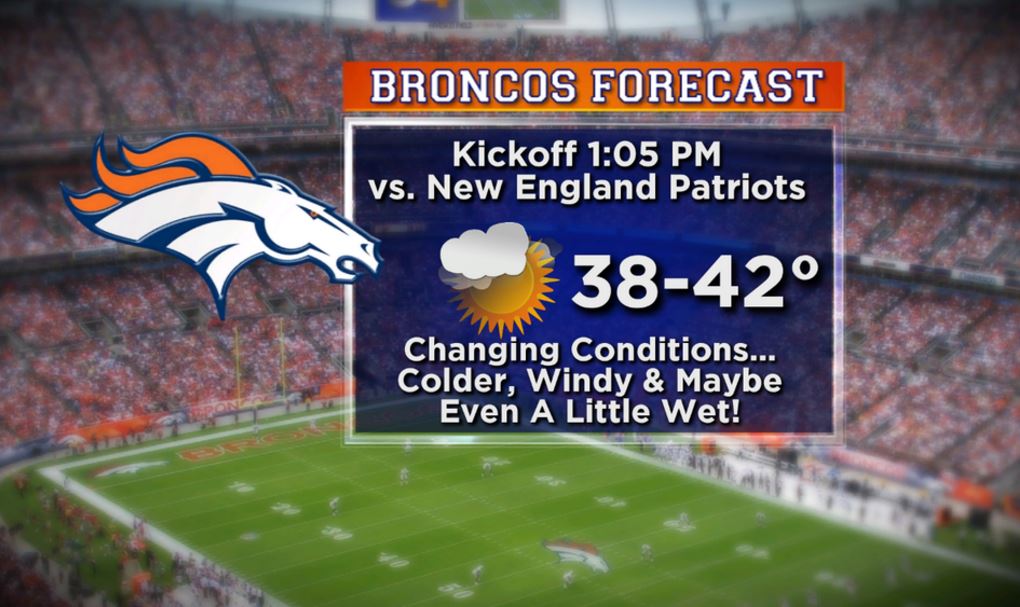 Ironically, the Broncos' game in mid-January might be warmer and wetter than the game in early November.

We all know about Colorado weather: if you're not happy with it, wait five minutes. Take the Broncos' Divisional Round game against the Pittsburgh Steelers Sunday: the forecast did not call for anywhere near 20-30mph winds, but Brandon McManus and Peyton Manning had to deal with those swirling conditions anyway.

We'll be keeping a close eye on the weather as we approach Sunday, but the best forecast might not be available until five minutes before kickoff.

Patriots vs. Broncos 2016: Everything we know as Peyton Manning faces Tom Brady in AFC Championship Game