It was an ugly offensive performance, but the defense certainly shined against Tom Brady.

Share All sharing options for: Highlights and Lowlights of the Broncos 16-3 loss to the Patriots

The Denver Broncos have now almost lost as many games in 2016 as they have over the last two regular seasons. That means more of these highlights and lowlights posts over our typical game balls posts.

The 16-3 home defeat to the New England Patriots sparked a ton of negativity from writers and fans alike. At 8-6, the Broncos now need to win out and they need a little bit of help along the way to reach the playoffs.

Here is our highlights and lowlights of that awful loss on Sunday.

Highlight: Defense. Over the last three weeks it has become apparent the Broncos defense has molded itself into championship form giving up 10, 13 and 16 points over that stretch. Tom Brady looked harried and anxious from the very first snap and that mostly continued through the entire game, even while the defensive frustration with the lack of points began to mount. It sure feels like this team is wasting time as the defense’s championship window slowly closes.

Lowlight: Offense. I kept it broad here with the defense and offense to keep from starting any ruckus. Three points. At some point, the entire offense must shoulder this blame. No player should be safe come offseason. John Elway has some serious work to do to reshape the offensive line and address other key positions once again. The offense is now 6/36 on third downs over the last three games with 33 of those being passes. That includes both quarterbacks, so Siemian is 9/20 for 85 yards an interception and two sacks on third downs over the last two weeks converting just five of his third down opportunities. Whoop!

Highlight: The Broncos did the unthinkable and held the red hot New England Patriots with the likely NFL MVP who is playing lights out to 16 points. When was the last time Tom Brady was held without a touchdown? Yeah, it hasn't been this year, that's for sure. How about holding him without a single completion in the first quarter? We held him to his 0-for streak that dated back to 2003! That's 13 years! The Broncos did the improbable and not only slowed the Patriots offense down, they straight stonewalled them and had them whimpering like a puppy who lost his bone.

Lowlight: All of what I just said was for nothing as yet again the offense was the joke of the NFL. Three points? THREE POINTS? Do you know how it's said that no college team could ever beat an NFL team? While that might be true, I promise you that there are at a minimum of a dozen college teams that can put up more than 3 M'Fing points against that Patriots defense. Three pathetic "set the NFL back 50 years" points! Someone's head needs to roll. Players need to have their key cards stripped from them and straight booted on their asses (looking at you Norwood).

We need whole sale changes and they need to start this week! If the defense straight refused to take the field until offensive changes are made, I couldn't blame them one bit (and I realize that spits in the face of what the concept of "TEAM" is). But having the defense play with this offense and coaching staff as they're currently comprised is akin to marching into the meat grinder and asking them to do it with a smile on their faces and with an upbeat attitude. Not happening! If teamwork is important, then Elway will make the changes this week. If teamwork is important, then Kubiak will make the changes this week. If they don't, then teamwork isn't important and the defense should straight "hold out" until 2017.

Highlight: Yet again the defense put forth another impressive performance. On top of the points, it held Brady to 188 yards. Yet again it’s another performance that gets shit on because of how bad the offense and quarterback is.

Lowlight: Since the embarrassment at the hands of the Oakland Raiders, we’ve known what this team, offense and quarterback is. At the time, I compared that loss to the moment when the Titanic struck an iceberg and began taking on water. Somehow, the offense and quarterback have gotten worse since that game. What we’re left with is a wasted defense and season spent on a backup quarterback who in every imaginable way is Kyle Orton sans the neck beard. How fitting then that the offense puts forth its worst game since Tim Tebow faced Kyle Orton in a 7-3 loss on Jan. 1, 2012. The irony is rich. 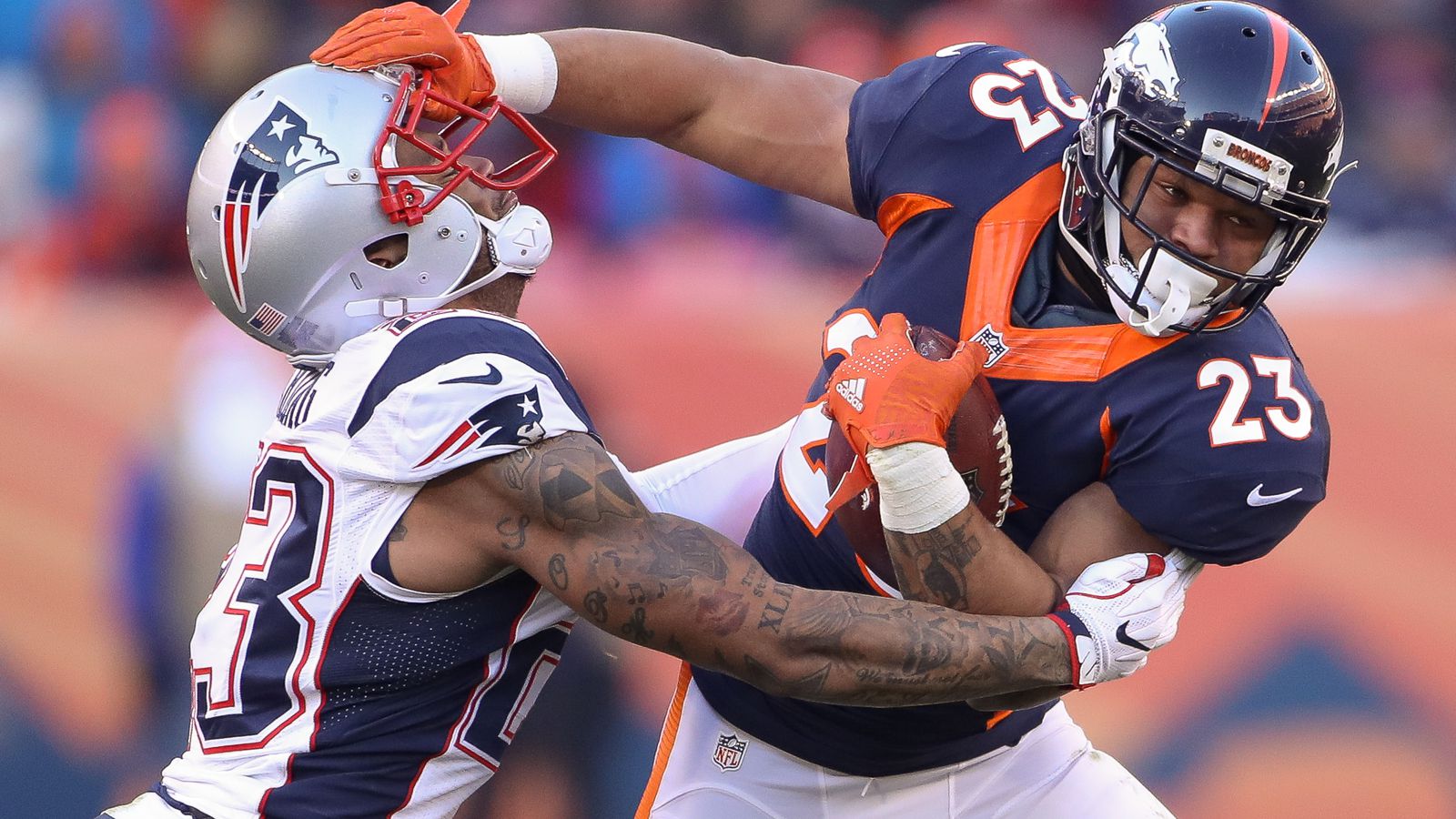 No more talk, time for the Broncos' offense to actually ‘step up’

And it has just two games to do it. 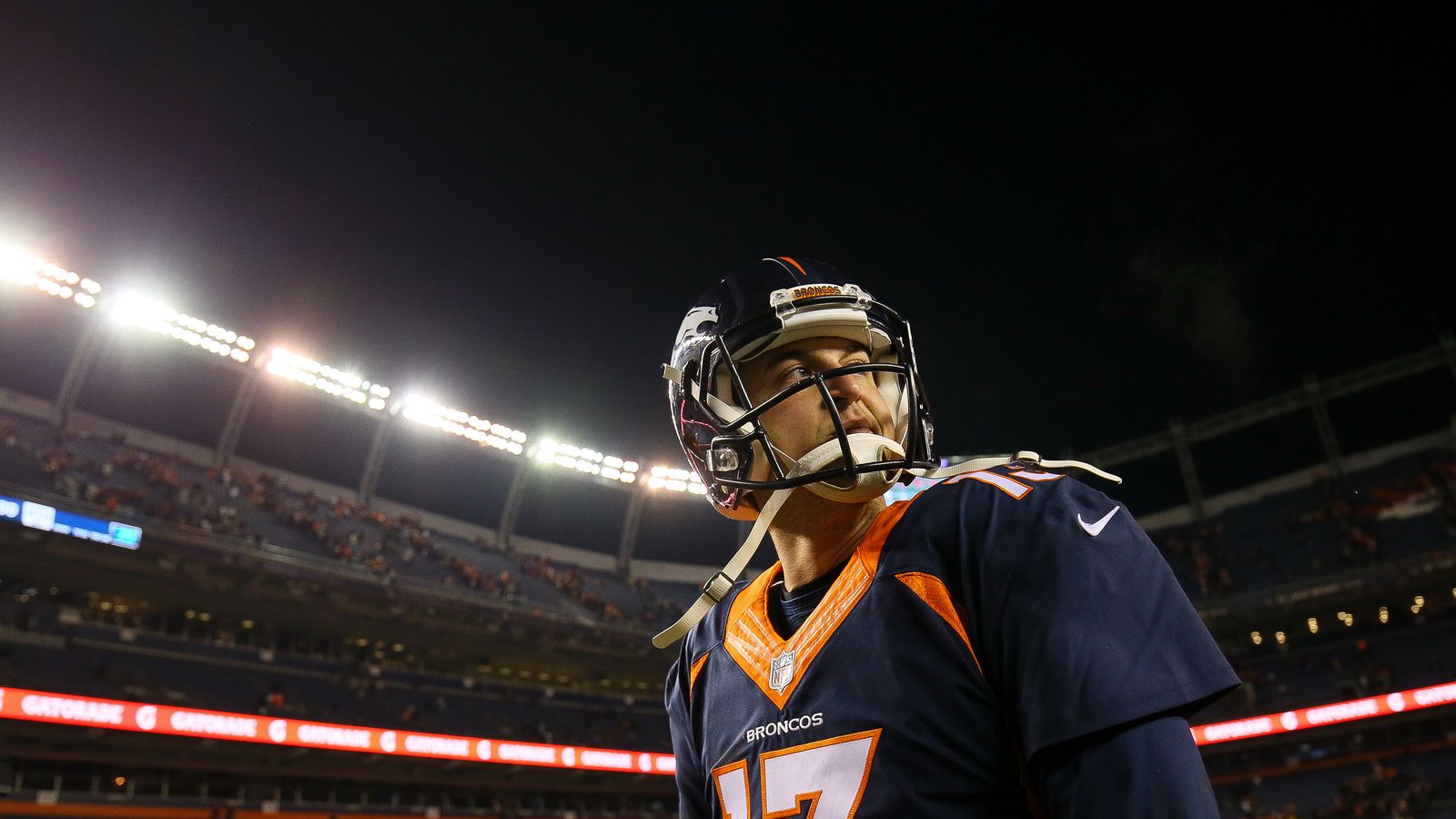 Where do the Denver Broncos go from here?

They plow forward. There is no fixing this, there is only grinding forward.

Starting with Lowlight because I always give bad news first: When it's week 15 and your QB still can't throw in anticipation, throw a WR open, something good college QBs can do, you're not going to beat the Pats* or anyone in the PO's. Trevor struggles mentally as a QB. Being calm and smart isn't the same as having a QB brain. That means being able to read a defense and hitting a QB in stride so he can get some good YAC. I don't care he threw an interception, it's why he threw it, that's the red flag. Our awful OC makes it worse. I don't want to beat this dead horse anymore, so that's all I'm going to say.

Highlight: defense is such a duh, so will say, seeing Forsett, Derby and Heuerman starting to click made me optimistic for next year. With a new OC, all these tools we have, could come together.

Highlight: the Orange Rush and No Fly Zone pressured Tom Brady all day and took away his big threats. The weakness in the run defense showed, but to hold the best offense in the NFL to just 16 points is a major highlight that unfortunately wasn't reciprocated on the other side of the ball.

Highlight: Pete said it best, but our defense absolutely shut down Tom Brady and the Patriots. Even in our AFCCG win, we gave up more points than we did yesterday. That's something the D should be proud of.

Lowlight: This game was a microcosm of this season and that's not a good thing.

Highlight: The offense showed some semblance of light early in the game with positive results from a RB and two TEs making it look somewhat like what we expect of the best of the Gary Kubiak offense.

Lowlight: 3 points. 3 whopping points. This team should be ashamed of that output.

Highlight: Discovering that the offensive line was not as big of an issue as we thought. New England is a powerful defense and Trevor Siemian took 4 sacks, while holding the ball longer than 30 other quarterbacks from snap-to-pass this week (3.05 seconds), while being blitzed a league minimum 6.7% of the time, but being pressured 28.9% of the time. All while maintaining a week 15, 8th highest off-target percentage of 21.1% (NFL average: 16.7%). [shout out to Cecil Lammey for the stats]

Lowlight: Finding out Trevor Siemian was not going to do what 3 of the last 4 quarterbacks to face New England (including Ryan Fitzpatrick, Colin Kaepernick and Joe Flacco) had done... Throw multiple touchdowns.

There you have it. What are your highlights and lowlights of this disgustingly bad loss to the hated Patriots?

Patriots 16, Broncos 3: Everything we know