Super Bowl 2016: How the Denver Broncos and Carolina Panthers were built

The two franchises are both similarly built, but with some wild differences at key positions.

Share All sharing options for: Super Bowl 2016: How the Denver Broncos and Carolina Panthers were built

It's all about that quarterback

Both the Denver Broncos and Carolina Panthers have superstar franchise quarterbacks, with both teams investing to the north of $15 million in cap space to the position.

The Broncos got theirs in Peyton Manning through free agency in 2012, while the Panthers drafted Cam Newton number one overall in 2011. One is heading to the Hall of Fame in five years, while the other is on the cusp of earning his first NFL MVP.

The two quarterbacks also couldn't be any different on on the football field. Manning is the prototypical pocket passer who has wielded more Star Wars-like statistical seasons than any other in NFL History. While Newton is dangerous as both a passer and a runner, racking up 35 passing touchdowns and 10 rushing touchdowns during the regular season.

However, the most important position for both teams has to do with them getting after the quarterback. The Broncos sport a 3-4 defensive alignment, which puts the bulk of the edge rush on their outside linebackers. Their defense led the NFL in sacks, so it was obviously money well spent.

The Panthers go with a 4-3 defense, so the pass rushing comes from their defensive ends. Both teams are spending north of $20 million cap room on those two position groups, making it their most important from a dollar standpoint. 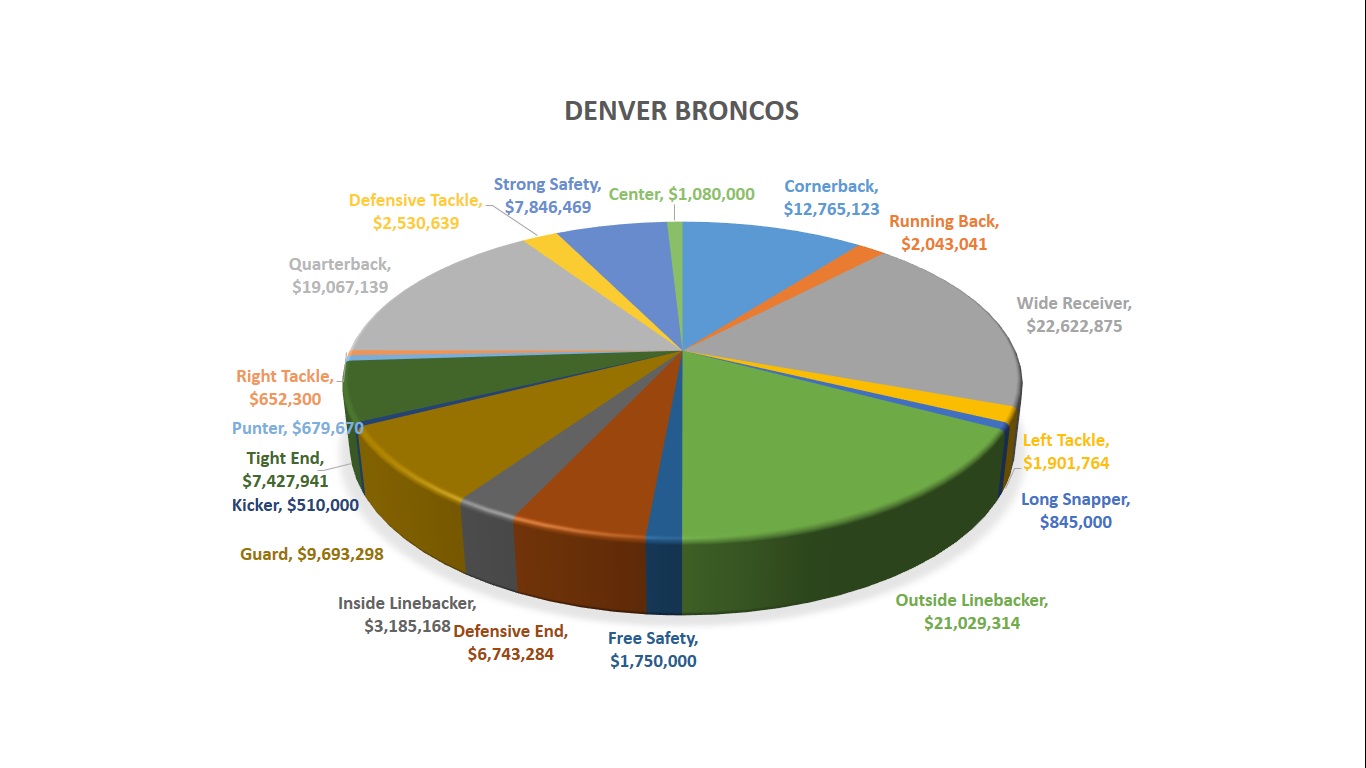 How the Broncos were built

When John Elway witnessed his record setting offense get obliterated in Super Bowl XLVIII, he had to have realized that defense is still a big deal in the NFL. He set off that next offseason with his biggest free agency splashes of his five year tenure, picking up DeMarcus Ware, Aqib Talib and T.J. Ward.

That foundation netted one of the best defenses ever to take the field in Denver. With Manning's physical abilities waning, it became that defense that drove the Broncos to a 12-4 record and a Super Bowl 50 run. The defense is the first Super Bowl defense ever to finish first in the NFL in both passing yards per attempt and rushing yards per attempt.

Thanks in large part to Demaryius Thomas and his new contract, the most expensive position group in 2015 was at wide receiver. Having elite talent on the outside, can only help the running game and young, inexperienced (or old, ailing) quarterbacks. 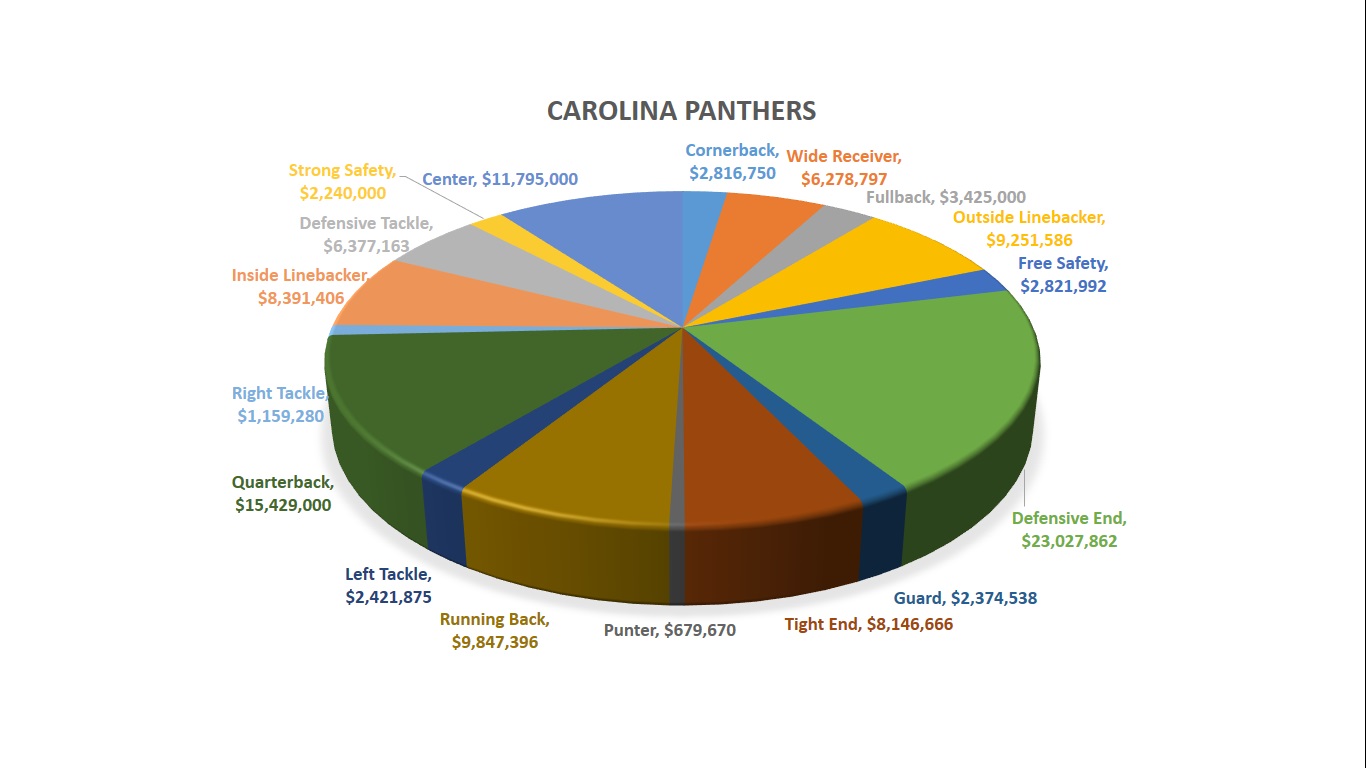 How the Panthers were built

The Panthers have completely shaped their offensive roster around Newton's strengths as a read/option quarterback. A bulk of their cap is dedicated to Newton, his running backs, his fullbacks and his tight ends. The net results is one of the most dangerous rushing attacks in the NFL.

On the other side of the ball, they are getting deals at the linebacker position considering how good they have been. The bulk of the dollars are going to the defensive ends. Given how much more cash is heading to the offensive, the Panthers championship window could be fairly short as they have plenty of super stars on the defensive side of the ball not making superstar money.

The Bottom Line (or Dollar)

On paper, it looks like the bottom line is that the Denver Broncos are better positioned to win from now on, especially after Manning retires and frees up that extra $20 million in cap space. Much of that will likely swing over to the defensive side of the ball as Elway tries to keep the NFL's top defense together heading into 2016.

For the Carolina Panthers, they have too much talent on defense compared to the actual cap space committed to it. I would assume some of that cap would be freed up by jettisoning Jared Allen, but much of it is still committed to the offensive side of the ball. Something will have to give.

As for 2015, both teams got here by getting after the quarterback and by running the football. The recipe for success in Super Bowl 50 will likely be the same for both clubs.