We're right in the portion of Mock Draft SZN where leaks are starting to creep out from front offices, whether they be smokescreens or legitimate reports. We know the Broncos are interested in a receiver in this years draft, so I tried to compile as many tidbits I could find from insiders to see if we can learn anything about the Broncos favorite receiver prospects. Is there anything concrete we can conclude from this? 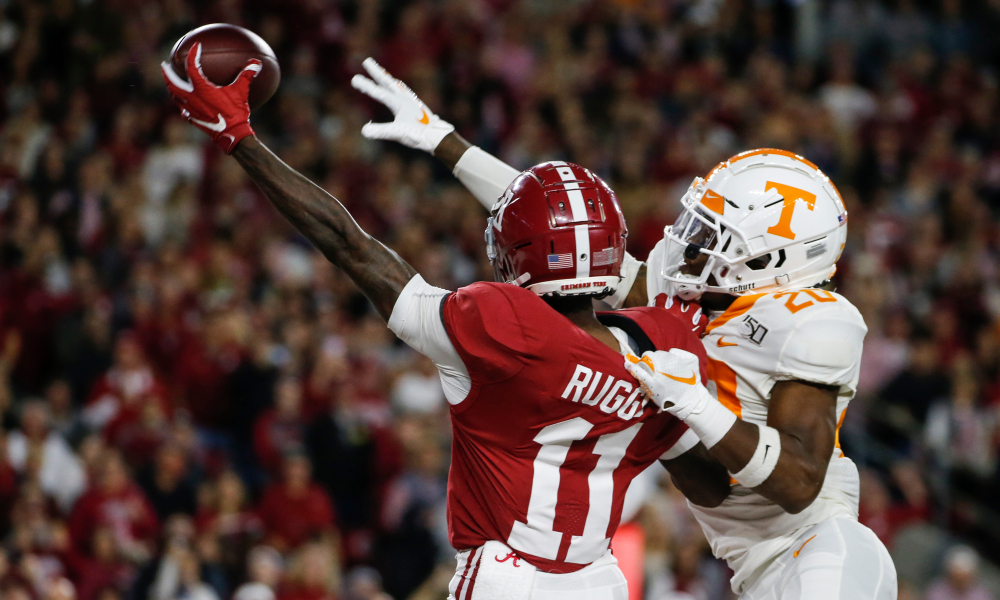 2. Broncos talked with Tee Higgins and Justin Jefferson informally at the Combine

3. Broncos talked with Quartney Davis at the Senior Bowl 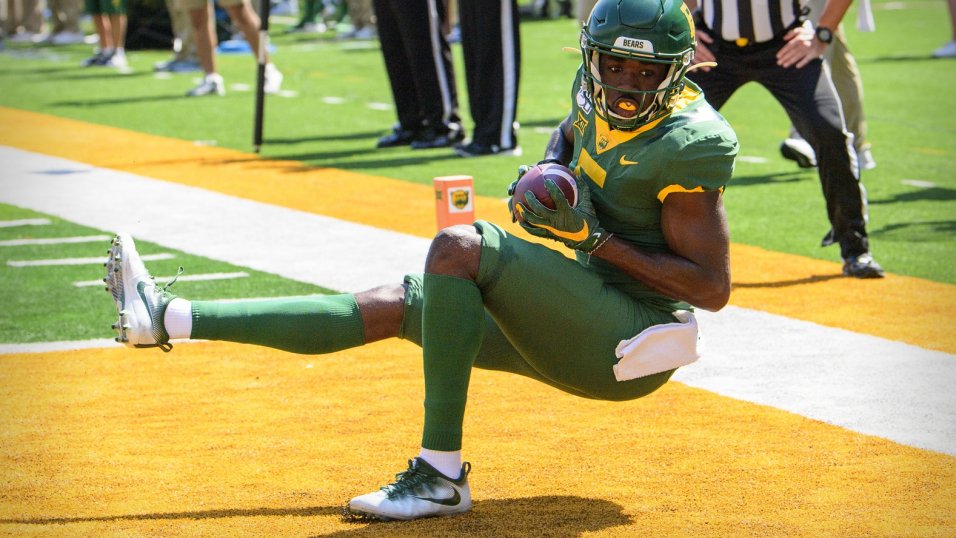 2. That same article also mentions Jerry Jeudy and that they also "really like" him

3. Broncos "would have" held a meeting with Jeudy, Lamb, and Ruggs before COVID-19, instead they have held "multiple" video conferences with the big 3

4. That article mentions the New York Jets, Las Vegas Raiders, San Francisco 49ers, and Tampa Bay Buccaneers as teams that could take a Wide Receiver before the Broncos

5. Ruggs, Lamb, Jeudy, Jefferson, and Mims are mentioned in Mike Klis' "9 Candidates for Broncos' No 15. overall pick in 2020 NFL Draft" in that order

6. This gem from Klis 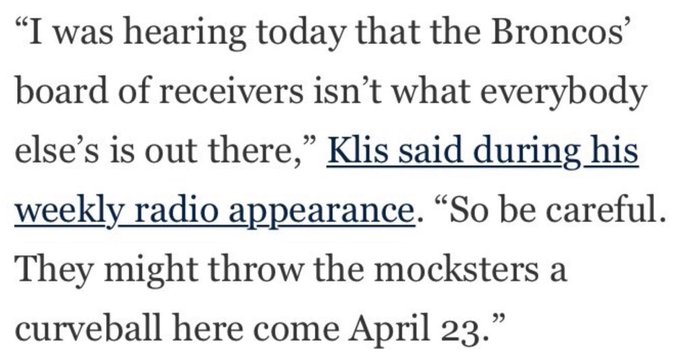 8. Broncos are name dropped in this report from Ian Rapoport as a team to watch for trading up to 11 with the New York Jets, it also mentions CeeDee Lamb and Jerry Jeudy are the consensus number 1 and number 2 receiver

From NFL Now: The #AZCardinals may not take a WR at No. 8 like Kyler Murray has discussed, but expect the run on WRs to start shortly after that. pic.twitter.com/rUXsSy3GAQ

9. Broncos have been talking with the Cleveland Browns about trading up to 10

10. Broncos have their eyes on one specific receiver, and could trade up "4 or 5 slots" which conveniently matches up with the Browns and Jets pick

11. That receiver could be Henry Ruggs according to Allbright

12. Allbright mentions the "Eagles and Broncos" as teams to watch for trading up

13. Paige's sources tell him the Broncos could be interested in trading up for Jerry Jeudy at either 8 or 10

What can we take from all this? 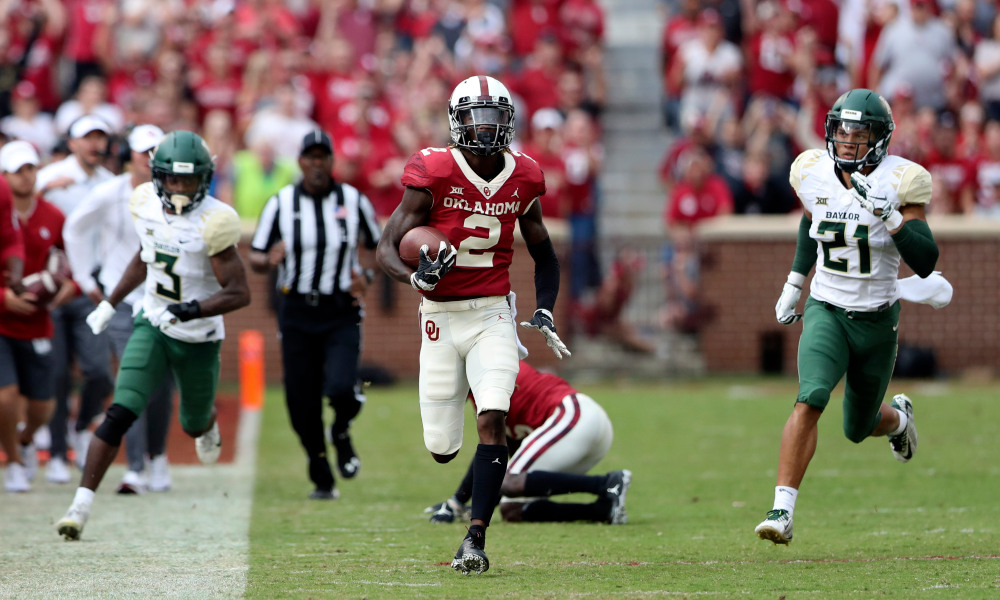 1. If I had to guess, the Broncos receiver board looks like:

2. We can discern next to nothing from Klis' board statement. It's impossible to tell from what perspective it's coming from, is it Klis' perception of other teams big boards, or the Broncos perception? What does "different" even mean? Is it a different combination of the big 3? Is a different receiver above one of the big 3? Is it just a different combination of the other receivers? There's almost nothing we can take from this

3. The Broncos seem to be happy with a bunch of different receivers, but one of them is the apple of their eye, I think it's CeeDee Lamb, but Henry Ruggs would seem to be the consensus top receiver for them from media members, although Woody Paige is hearing Jeudy, so basically we have no clue

4. The Broncos will almost certainly draft a receiver in the top 3 rounds, they haven't talked to any late round receivers that we know of other than Gabriel Davis and Quartney Davis

5. The Broncos are probably very interested in trading up in the draft around the 10-12 range, most likely with either the Browns or Jets

6. It's worth noting that the Broncos haven't done any work on KJ Hamler, Michael Pittman, Chase Claypool, or Donovan Peoples-Jones

7. Without proper documentation of the other 8 Combine interviews, or more knowledge on which prospects the Broncos have held an interview with, we know a lot less than we usually do this time around for draft interest

8. Based on what I've read, I would not be surprised if Justin Jefferson or Denzel Mims are the pick at 15

9. We cannot confidently say anything about which one is their favorite, there's just not a lot of leaks coming from Broncos HQ, and any of these reports could be smokescreens

Which WR is your favorite for the Broncos?