So haven't even finished pre-season, but thought I would take a stab at highlighting some potential prospects in next years draft that if you happen to catch some college football you can keep an eye on. I figured I would look at guys who likely will be around in the 3rd round that will be potential areas of need going into next season, so first up I figured I would look at offensive tackles. Seems like RT is a revolving door, and although LT seems stable, it never hurts to try to look to the future now. So here's a list of potential prospects that might fit what we do:

Anton Harrison - OT, Oklahoma: Current starting LT for the Sooners, he was a top recruit and earned playing time as a true freshman and moved into a fulltime starter at LT last season. So he could very well stay in school another year, but if he comes out he has a great set of tools. He has a very nice frame, he plays fairly disciplined and does not get over-extended. He has quick feet and good hips, and moves very well. He definitely can get stronger and develop a better lower base, and still can be lacking in overall footwork. His hand placement and sets are also inconsistent, but I expect he will show some marked improvement this season in many areas. With a good season he likely won't be around in the 3rd, with an average season he likely would be if he comes out. 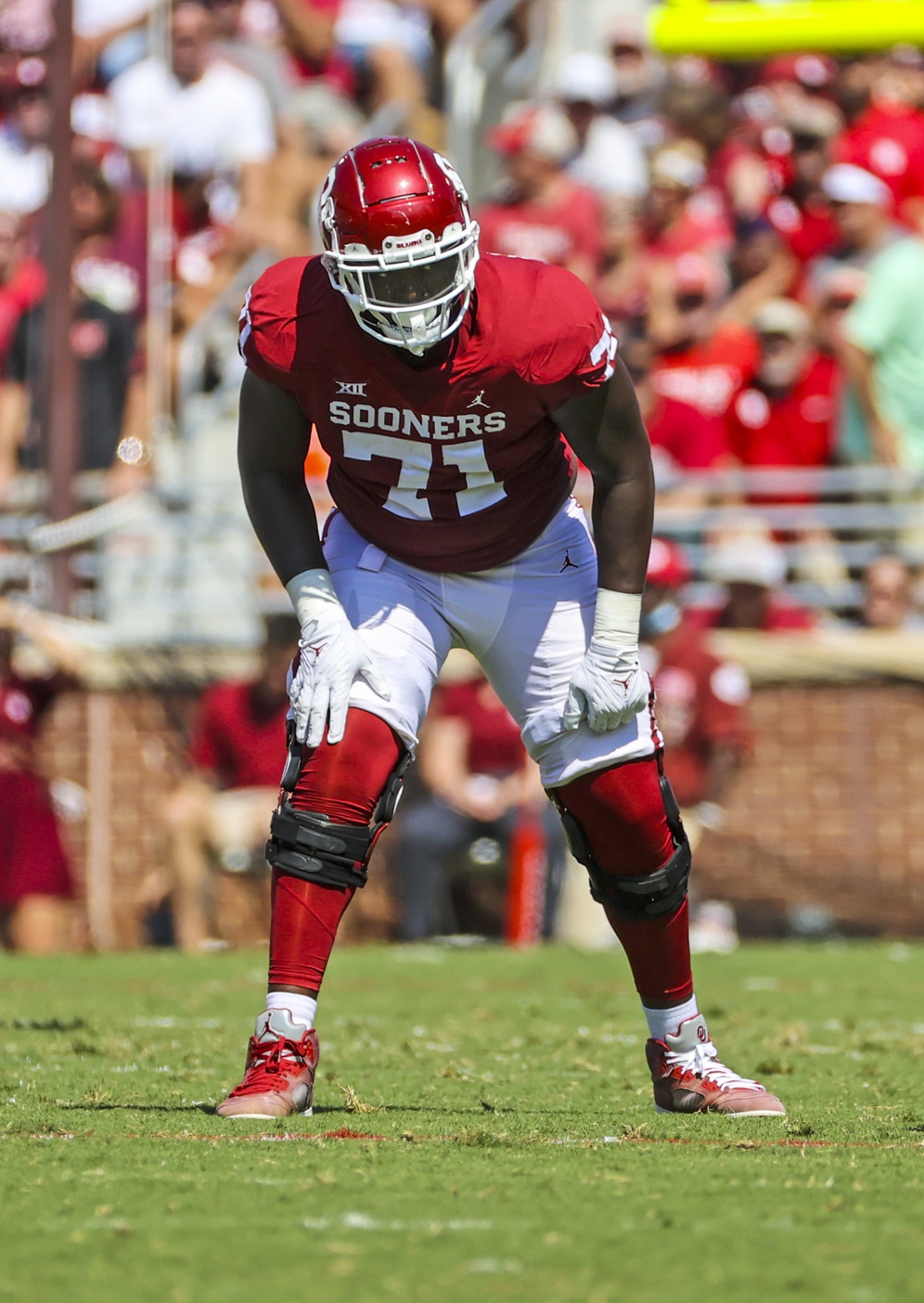 He's a red-shirt senior and an excellent pass protector. He has nice length, mobility, flexibility and NFL power. Where he still struggles is with consistency in the run game. He has been a starter at Pitt since 2019 on the left side and will need little work at pass protection as he typically has been outstanding. Another guy who definitely could move up the boards. Definitely has the size and length you like to see, saw major action last year at RT, did not play a lot in 2020 or 2019. I would say he definitely would be a RT and maybe a little too slow footed if you are looking for a person who can move in a wide zone scheme. Will have to improve technique in pass protection as he he struggles when put on an island in pass protection. He would be much better suited to a power scheme, but I would anticipate unless he has a dramatic jump in play he likely is not going to be drafted higher than 3rd round. 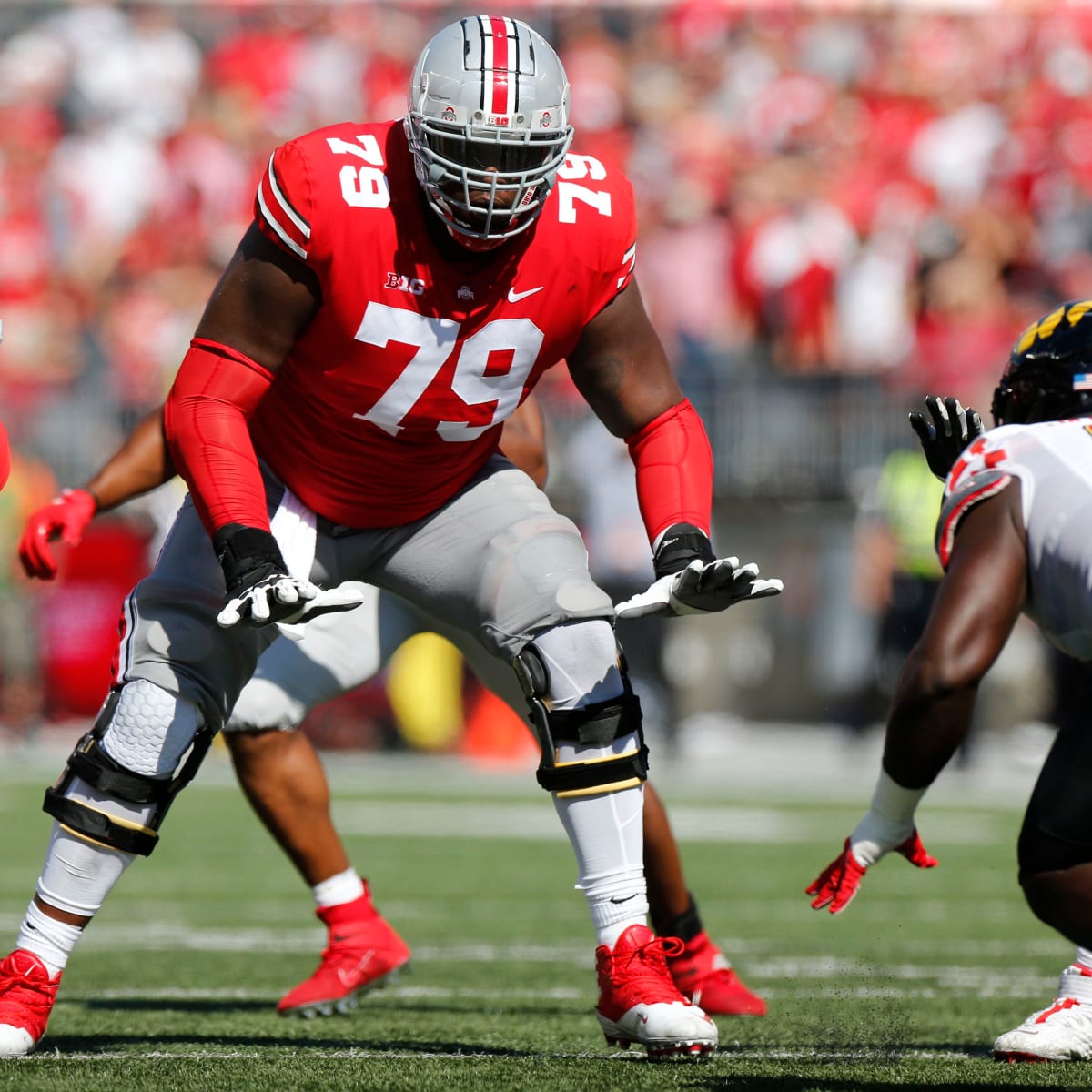 He struggled in 2020 at RT but seems to have found a home at LT last year. Is a very good run blocker and has improved dramatically in pass blocking compared to 2020. He has excellent size and has a pretty nasty disposition in the trenches. He's a fluid player but he can get somewhat mechanical in his sets and sometimes gets beat lunging early in pass sets off the edge. Despite his struggles at RT the season before, in the NFL he may be a more natural RT than LT. 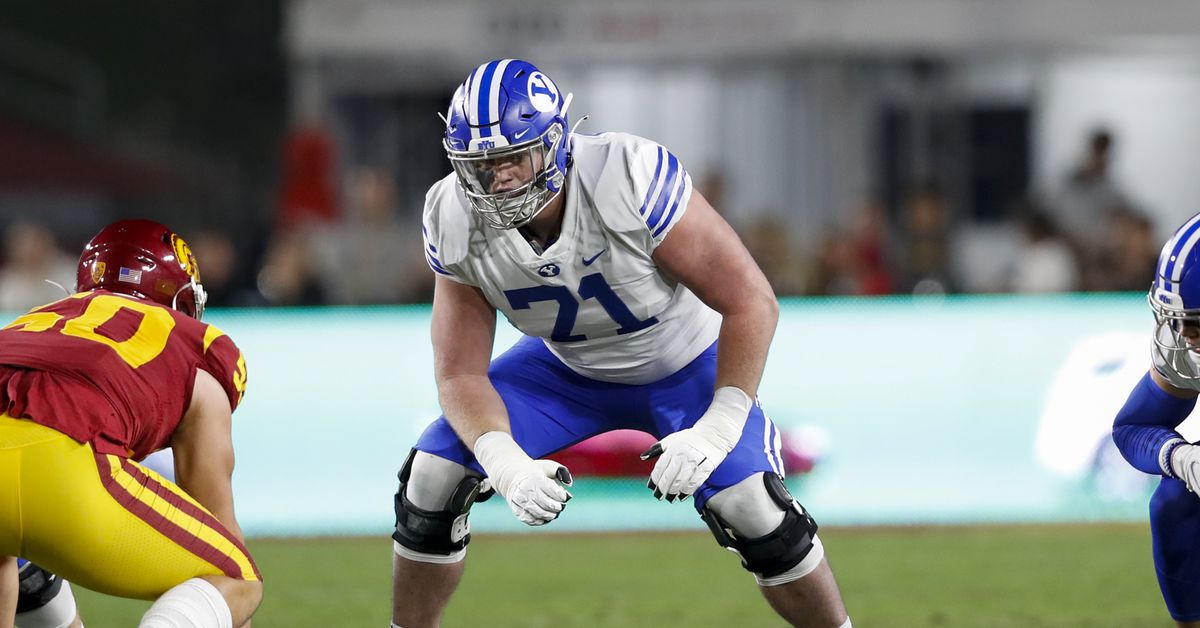 His first two season were at guard then he moved to LT the last two seasons. So he has some positional flexibility. He is technically very good but lacks the elite athlete you want in a OT prospect. He can get beat by by speed rushers and he's not going to be a pile mover in the run game. He has good enough feet to be effective in a wide zone scheme, but again it's adequate, not elite. He's more of a technician than bully. Has shown improvement every season. Probably best suited as a swing tackle type player in the NFL. 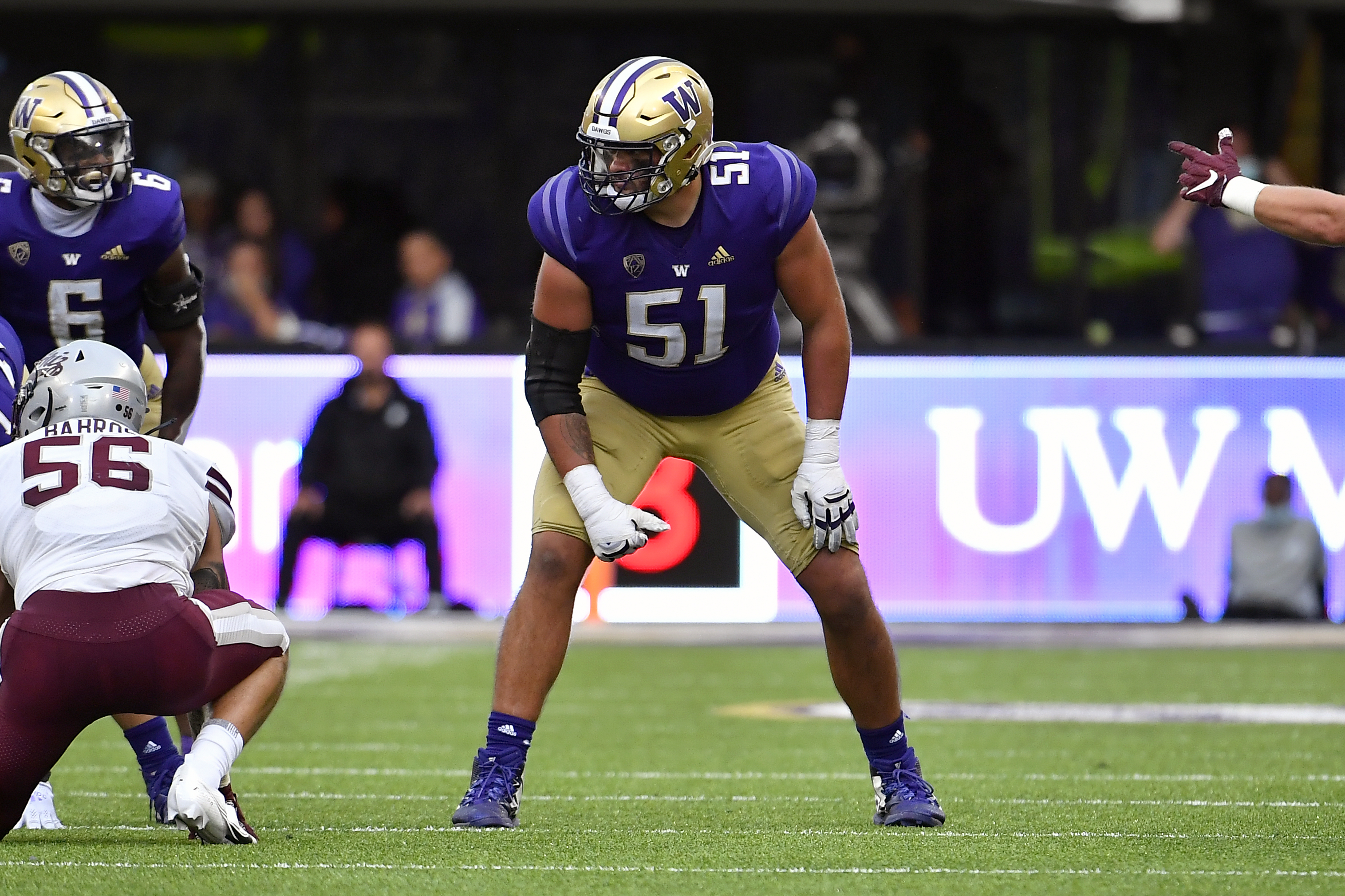 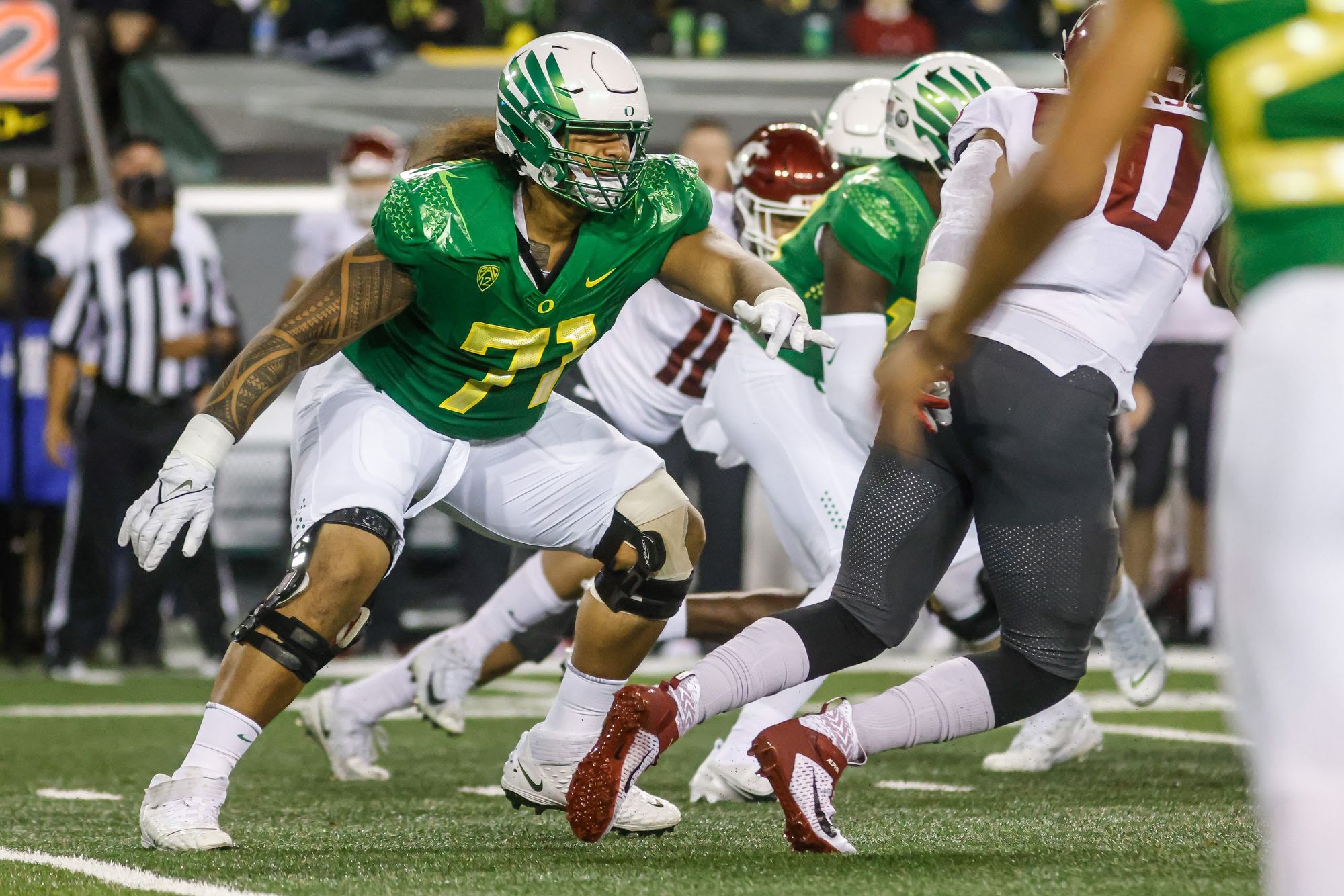