On the season, Wes Welker has 26 receptions. Out of those catches, an astounding six have gone for touchdowns. The reason why? He has become the Broncos biggest threat in the redzone. Six touchdown receptions all occurring within the enemies' 12 yard line. Let's see how he's accomplished that so far.

Share All sharing options for: Wes Welker in the Redzone: Six Touchdown Receptions

Ravens showing blitz with 7 in the box. Two defenders to the left side of the formation where Welker is stacked behind Demaryius Thomas. This is a favorite use for Welker in the redzone--a two route concept that is meant to get Welker in a favorable position against his man. Here Thomas will run to the corner (yellow) and leave Welker with space for a short out to the flat. The coverage isn't bad, but the defender over-pursues and when that happens, Welker sticks his foot in the ground and switches position back to the inside on a dime. 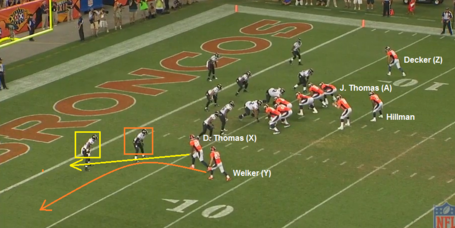 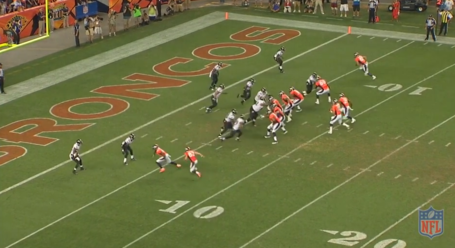 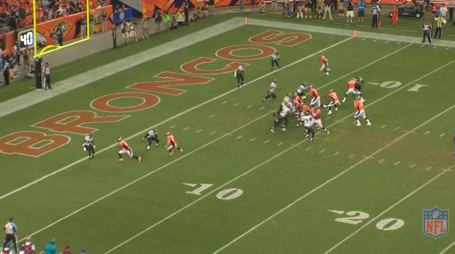 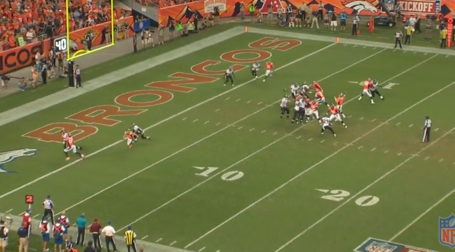 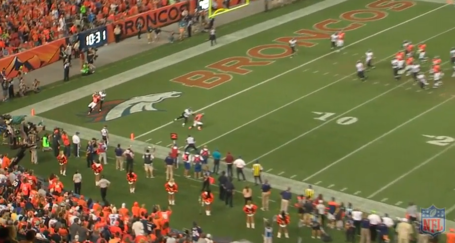 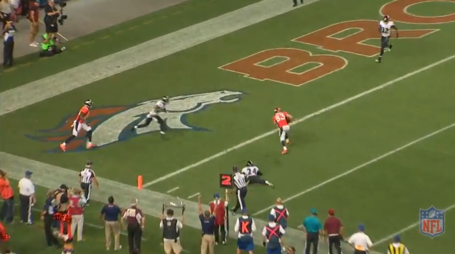 Almost the same two route combination with Demaryius and Wes. This time however, Demaryius cuts across to the inside. Wes still goes for the flat. These rub routes or pick plays are a fantastic use of Thomas and Welker together. On this play, the outside defender (yellow) blows the coverage and goes with Demaryius to the inside essentially cutting off anyone else from Welker. Wes is wide open for an easy 6. Yet another example of Sprint Right Option. 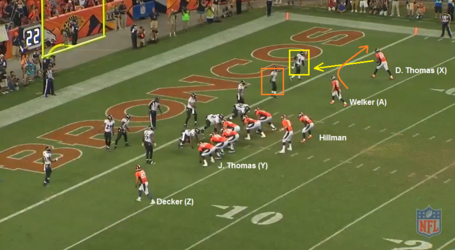 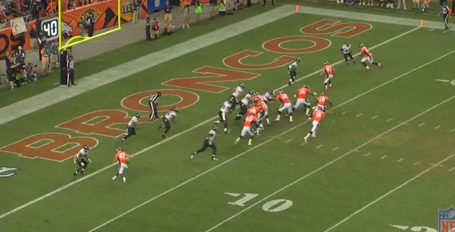 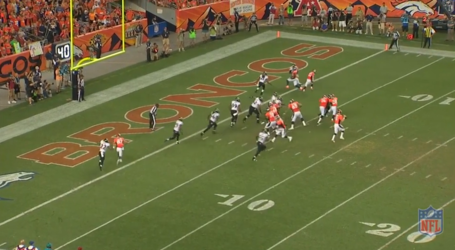 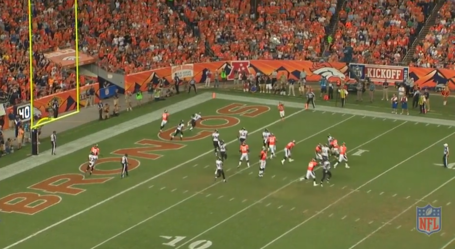 I'm not sure what to make of this play. I'm 100% sure it's a busted coverage, just not sure exactly who makes the mistake. Wes is in the slot and it seems as if the corner there has the coverage. He shows outside leverage on the snap which means Welker is in perfect position going to the middle of the end zone. I don't know why, but that defender takes himself out of the play by not reacting initially. The defender on the inside is captivated by the playaction to Moreno. Welker splits the both of them, and by the time the inside guy realizes it, he commits the cardinal sin by turning his back to the QB. He cannot see the pass and cannot defend it. This was a Giant failure by that defense.

I suppose it could be an inside out bracket... 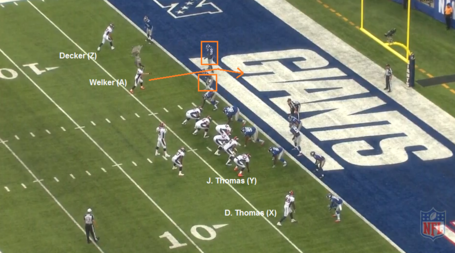 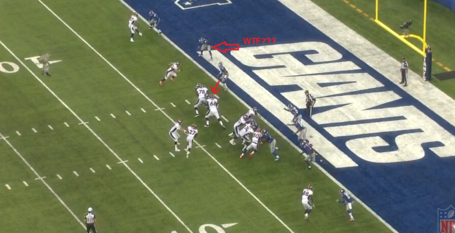 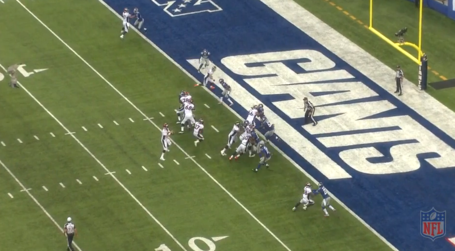 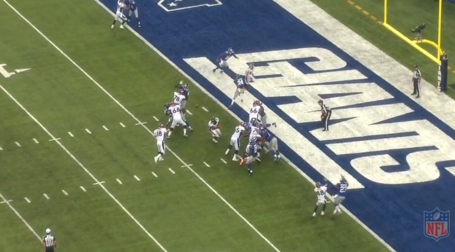 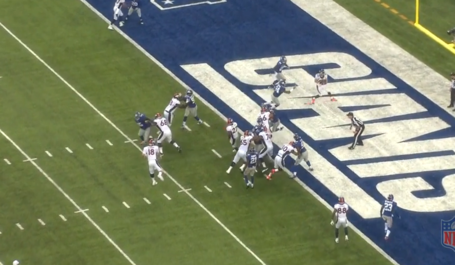 This one highlights the absolute beauty of Wes Welker's route running. He's going to get bracketed by a corner playing a short zone and a safety over the top in Cover 2. Once Wes passes through the zone of the corner, he makes a beautiful step as if he's going to break for the corner. Almost a stop and go. This gets the safety to plant his left leg and get his hips turned to the sideline in anticipation. Wes cuts back to the post and is wide open. Beautifully executed--he can beat double coverage folks! 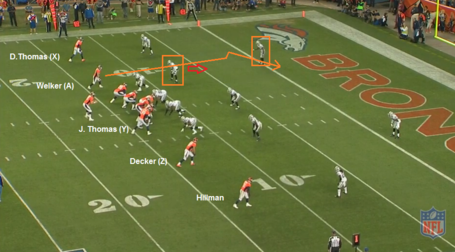 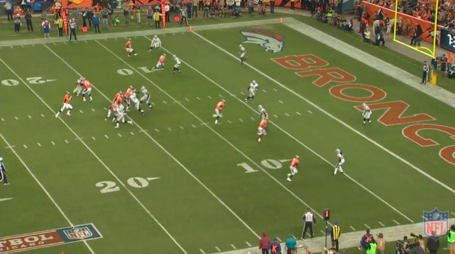 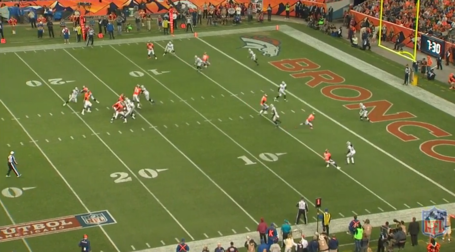 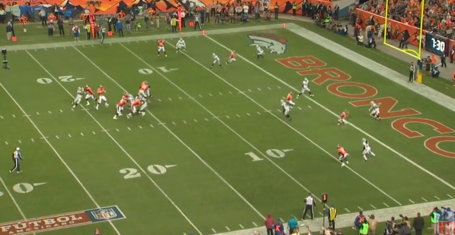 Trips right. Another route combination that is 100% geared to get things open for Welker. There are a few keys to this play. The corner lined up across from Wes is going to blitz, which leaves the playside safety (in terrible position) against Wes Welker. Demaryius Thomas is going to "block" his man, but really his short path falls within the 5 yard boundary for contact so a violent shove from the start isn't going to be called as a pick (even though it is). Decker is going to take the defender to the corner which clears out the flat for Welker. Finally, and this cannot be underestimated, Wes pushes upfield a step just to hold the safety (and to allow DT to get his man out of the way) then breaks quickly for the flat. They set it up, he sells it--TOUCHDOWN!!! 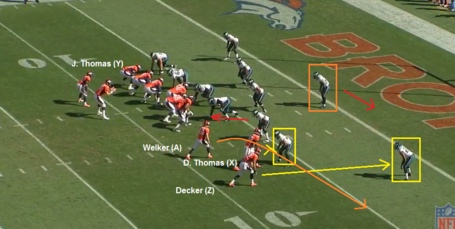 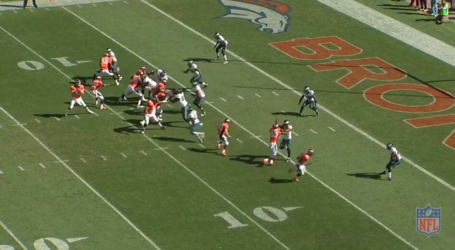 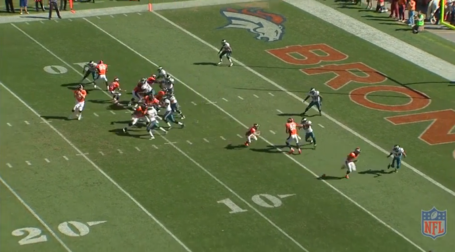 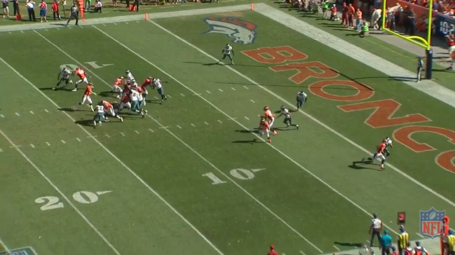 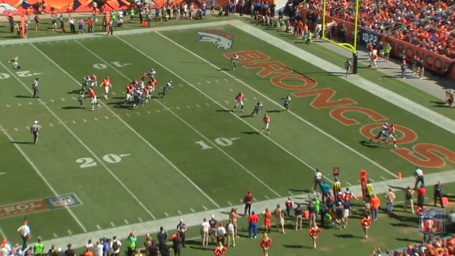 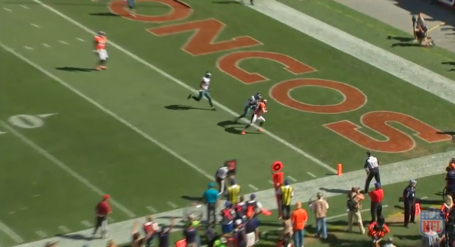 This last one highlights a very creative way to get Wes in a one on one matchup. They line him up in the backfield to the right of Peyton Manning. On the outside, Demayius Thomas is going to run a slant to the middle of the endzone, taking the only defender to that side of the field with him. The corner on Wes is in great position, but once Wes gains the edge with his speed and precise cut, it is all the room Peyton Manning needs to connect. 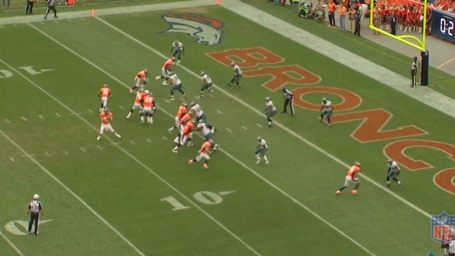 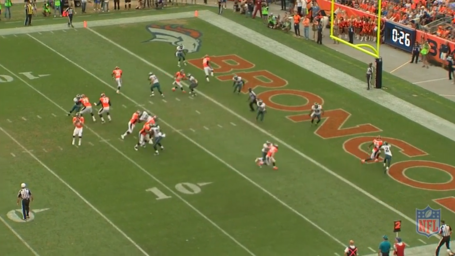 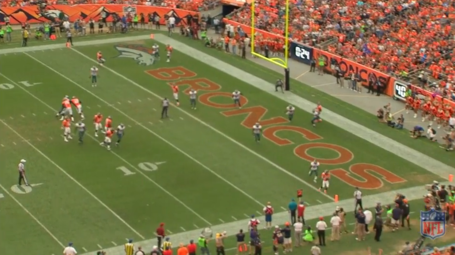 Wes Welker is more than just a guy that moves the chains. He is a legitimate threat in the redzone and the Broncos have recognized as such. The totality of weapons is only part of the reason. Knowing that Wes can pretty much win any one on one he is likely to see in this area, the Broncos are using him and primarily Demaryius Thomas together in order to create confusion in the defensive secondary and provide Wes the space he needs in order to score.

Rub-routes and pick plays are only part of the story. From what I've seen Wes Welker gives the Broncos their most dynamic player in small areas on the field. When combined with fantastic play calls and flawless execution, the defense does not stand a chance.