Why the struggles? Broncos three and outs against SD

In the 2nd quarter of the game against San Diego, the Broncos offense had three drives, everyone resulting in a three and out. What exactly happened?

Share All sharing options for: Why the struggles? Broncos three and outs against SD

1st down: Moreno -1 yard run. Knowshon makes a cutback precisely when Franklin beats Ramirez back to the inside. Right into his arms. 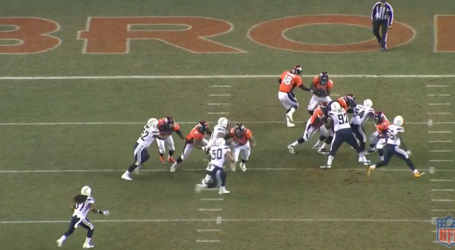 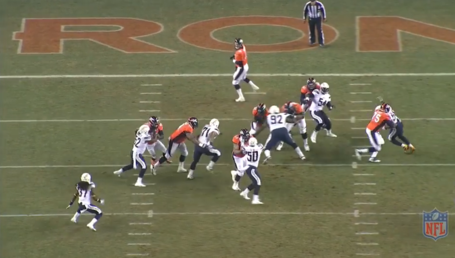 2nd down: Peyton Manning INC. Manning has Bubba Caldwell open by a mile on a corner route. Eric Weddle on a safety blitz airs out and deflects the pass. Thing is, the OL keeps his hands on Weddle and allows him to maintain his jump as he mistimes it a little bit early. 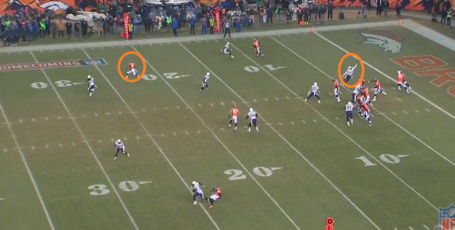 3rd down: Press man, Peyton takes a shot downfield for Bubba Caldwell. Puts ball on inside instead of outside shoulder. Caldwell breaks up a sure INT. Only three run routes - max protect. 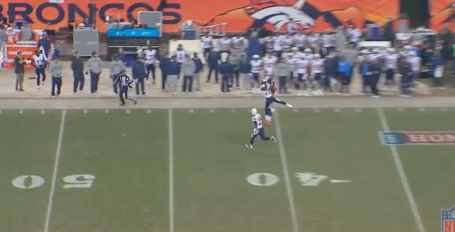 What we have here is bad execution on 1st down, a great athletic play by the defense on 2nd down, and an unfavorable 3rd and long as a result. You don't move the ball on 1st and 2nd down your offense is digging a grave.

1st down: Knowshon Moreno is flushed to the outside by backside pursuit, gains three yards.

2nd down: Manning complete on quick out to the left flat (Julius Thomas), five-yard gain.

3rd down: Broncos run playaction into a blitz. Even worse, they pull the guard and ask Manny Ramirez to pick up the charging 3-tech (Liuget). On the backside Moreno is too slow and does not pick up the blitzing safety. Manning is able to spin away from the interior pressure but is deat meat against the speed on the backside edge. Not a bad call either way, Chargers just had the right one against this play. 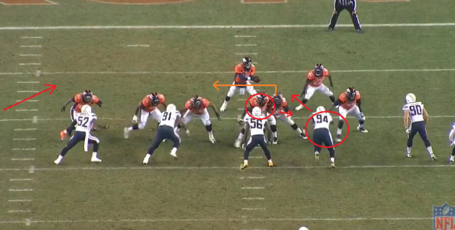 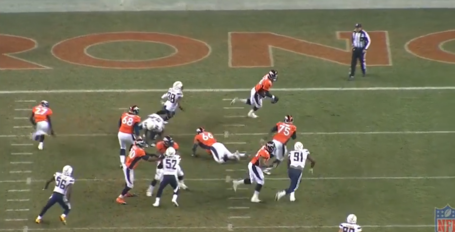 Here the Broncos executed and moved the ball setting up a favorable 3rd and short. Unfortunately for them, the Chargers chose to run blitz which was a perfect call against playaction and the pulling of the LG.

Drive 3 (2-minute drill before half)

1st down: Cover 2 man under. The outside corner is off of Bubba Caldwell. Caldwell runs an out to the sticks and is open. Manning is a bit late with the throw and Bubba cannot gain control.

2nd down: Demaryius and Decker clear out the right side of the formation, Demaryius' man falls off of his coverage when he notices Knowshon Moreno open in the flat. Makes a great open field tackle and holds the gain to 4. 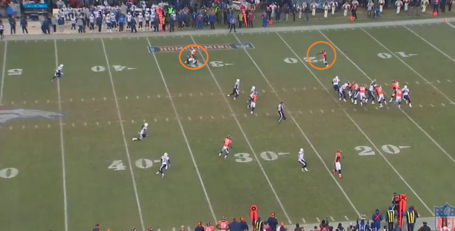 Look at all that space, nice play.

3rd down: Manning has Julius Thomas on an out route but fires too wide and high of his target. Incomplete.

Just bad execution by Peyton Manning. Two of his three throws are off and because of it the drive stalls.

The Broncos offense left some plays out there especially on that last drive, but the Chargers executed well and played a little bit better in these situations.

Sometimes the other team flat out beats you. The Chargers controlled the line of scrimmage limiting the run game, and they played sound coverage with good open field tackling to limit the passing game. You do those two things consistently over the course of a game, and you will give Manning and this Broncos offense some issues.