Antoine Winfield, Charles Woodson, now Quentin Jammer. One thing is for certain, the Broncos have been looking to replace Jim Leonard and provide competition for Mike Adams all offseason. 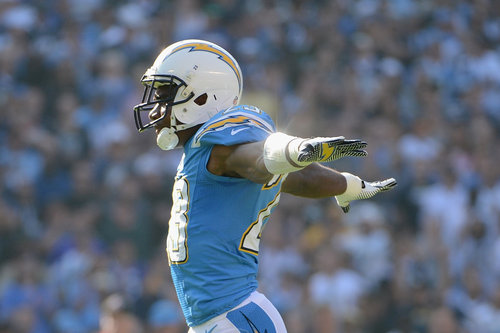 Signed to a one year deal, the former Charger should provide the Broncos with another option as a matchup-safety

All chatter points to Jammer taking on the matchup-safety role. If someone went down due to injury, he also provides versatility to flex into the CB spot. With what the Broncos like to do though--Cover 1 press man coverage underneath, Jammer is most definitely suited for the safety position at this point in his career. Looking back at a couple of games last season--and more notably against the Broncos, Jammer was matched up on Demaryius Thomas quite a bit to mixed results. He gave up a long TD on a corner-post route when the safety to his side of the field bit on the seam. If you're asking my opinion about his play at CB, I will remind you that he isn't being brought in to be the #1 or #2 guy. He may play some CB but that depends on what the Broncos want to do in their sub packages. He is more than capable at this point in his career in covering TE's and lesser WR's and this is precisely where the Broncos would want his expertise.

I looked over three different games last season and some of the things that stuck out to me was how often both Charger corners played off coverage, many times in a trail position like you will see in a Cover 3 shell. They lined up 10-12 yards off of their receiver, flipped their hips with their ass facing the sideline, and more or less looked to protect deep. I didn't find a lot of instances in the games that I watched where they played a lot of press or man coverage close to the LOS. I think this experience already benefits Jammer to a certain extent in his anticipated safety role with the Broncos. His role last season already put him in more of a read/react position that is more unique to say Mike Adams' role in coverage in the Broncos defense. In fact let's take a look at some of the things I saw from Jammer last season. 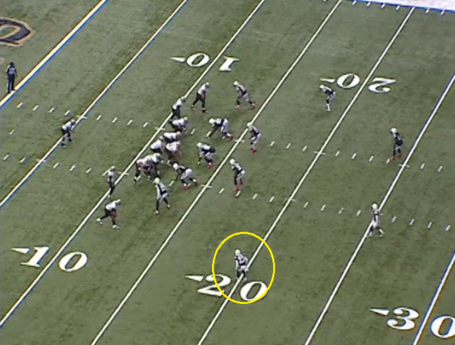 On this play the Saints are lined up in a tight 2x2 formation, Jammer is circled with outside leverage about 8 yards off the LOS. 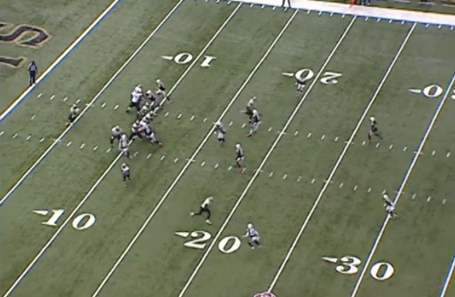 The outside receiver takes off inside the numbers, Jammer lets him pass through his zone and quickly recognizes the short inside receiver breaking for the flat. It is the perfect call against this coverage and though there is a completion, Jammer's recognition and tackling skills make sure it only goes for a minimal gain. 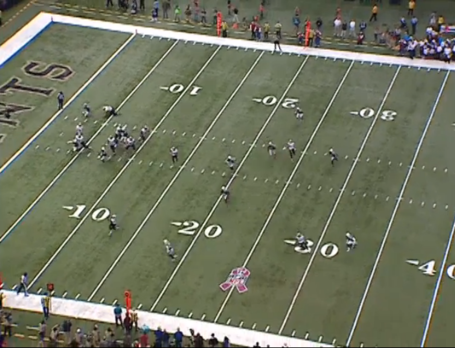 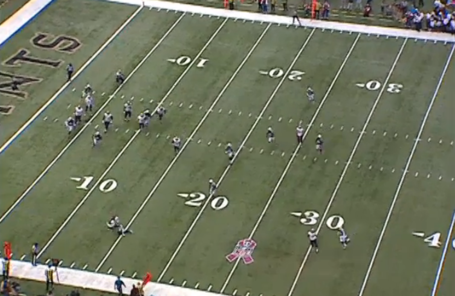 Here he is lined up across from Matthew Willis about 10 yards off. Manning sees the single high safety and the off man coverage and checks to a quick WR screen. Knowing he is the only man to his side of the field, Jammer doesn't overpursue and take himself out of the play. He squares up and makes a good open field tackle. 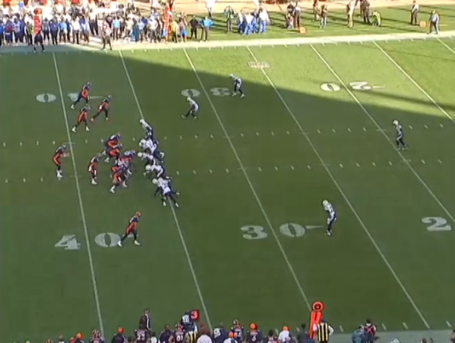 (Jammer is at the bottom of the screen) 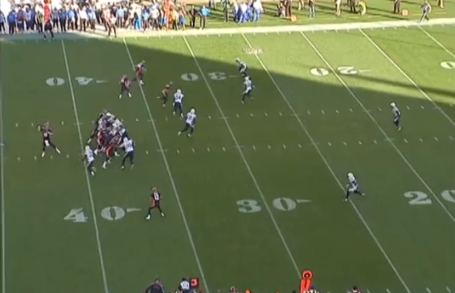 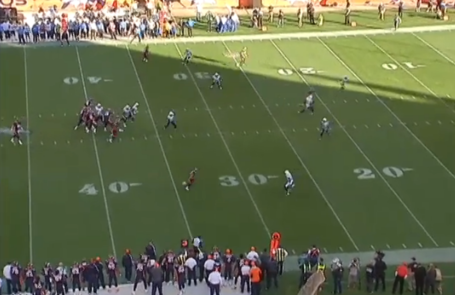 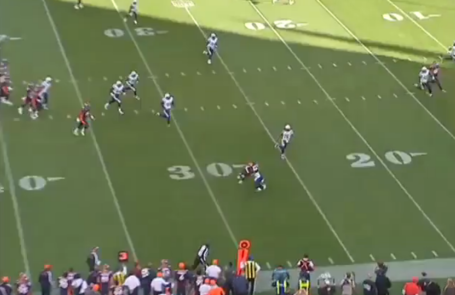 Matching up with a bigger target

Here's where I have to project things a little bit. When we get into a nickel or dime look with a single high safety--we're likely to see Jammer lined up closer to the LOS where he is in better position to get his hands on a TE or other receiving target. Here the example is Demaryius Thomas. As we'll see later, I want no part of Jammer against a #1 or speedy receiver, but in this matchup, it happens to highlight what I think he brings to the matchup safety role.

DT will come into motion and Jammer will follow. 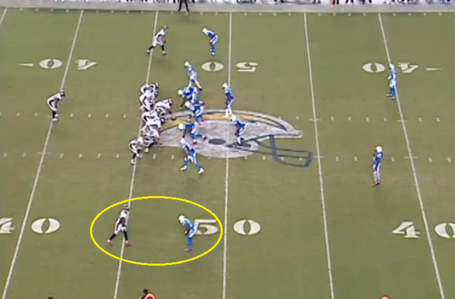 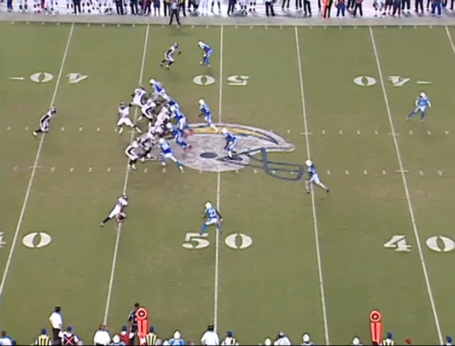 He starts initially in the trail stance I highlighted earlier, but quickly squares up and gets his hands on Thomas. 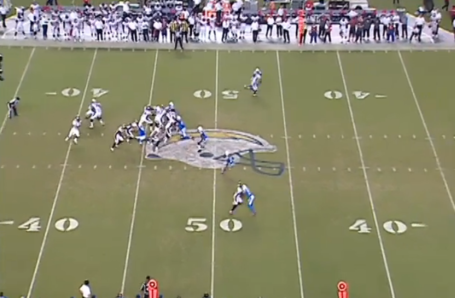 From here, though Thomas gets inside leverage, Jammer is able to stay with him step for step. 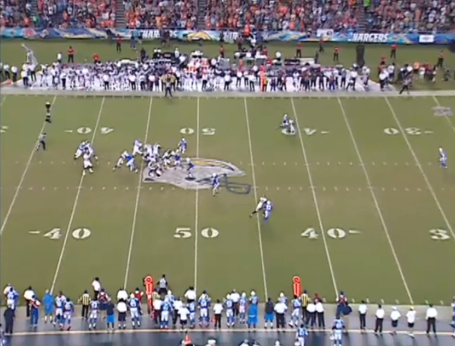 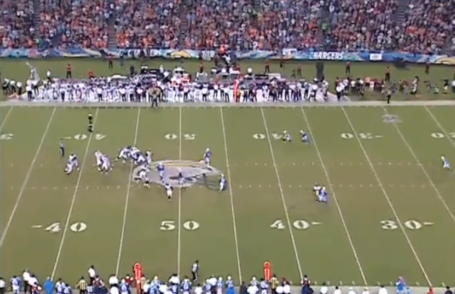 One thing that I saw in several instances is something that I saw our own safeties do quite a bit: get beat on double moves. There was the first Thomas TD that I referenced at the beginning of this article, the fake WR screen that sprang Brandon Stokley for a deep TD the 2nd meeting, and this long TD against the Saints. 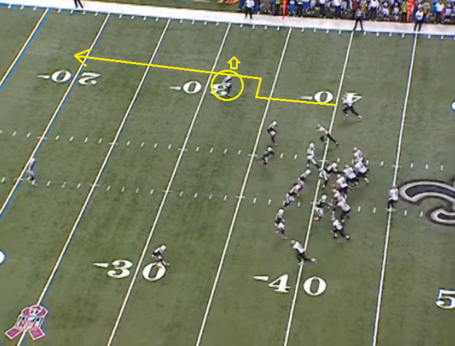 The route here is going to be an out and go--the out is just beyond the 1st down marker. Jammer already has outside leverage and is sitting at the boundary. He still elects to over-bite on the out which leaves him hanging in the wind when his man turns the route to the go. 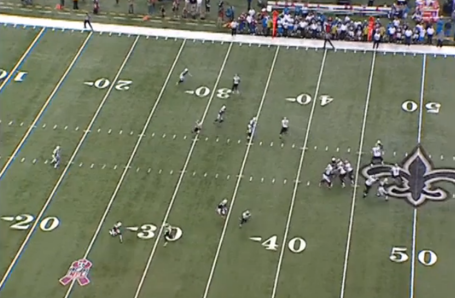 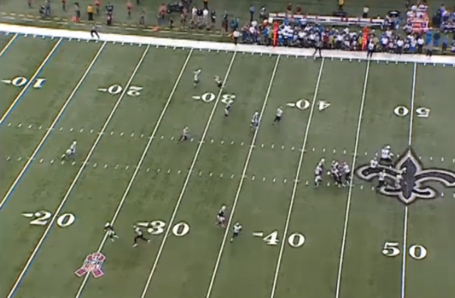 completely squared to the receiver and unable to flip his hips, this is an easy TD 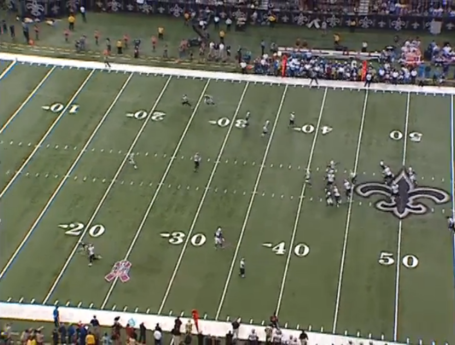 If you avoid playing him in a deeper zone, and have him stick closer to the LOS in man or press man, this should be less of an issue.

The Broncos are smart to move Jammer to safety, and Jammer is a smart man to see his value there. He still has strong tackling ability, good play recognition, and the experience to matchup well with a #4 WR, TE, or any back coming out of the backfield. This is precisely what you want from a safety. His speed is no longer good enough to consistently matchup with #1 or perhaps even better #2 options. This is perhaps why I saw a lot of off coverage from him in the games I sifted through. The good thing for us though is he shouldn't be asked to cover either of those guys. The four deep CB rotation that was used last season is more than adequate enough to provide depth if either of the top two options should go down.

His role to begin will be the 3rd safety in dime situations--similar to what Jim Leonhard played last season, and with some strong play, he could even push Mike Adams for some snaps as the nickel safety. In fact, if the Broncos wanted to play Cover 1 Man Under almost exclusively from the nickel, you might even see him almost exclusively for Mike Adams in sub packages. With his experience at corner, his position label becomes less important than what he brings.

Remember--the Broncos have so much flexibility in their secondary, and this is a player that provides them with even more.

Now that we have a clearer picture of what should be expected from Jammer, here is a breakdown of the top 11 DB spots on the Broncos Roster. I didn't include any UDFA from this year or practice squad guys from last year. They have an upfield battle and too much is unknown about them. Remember though, last season the Broncos signed Drayton Florence with guaranteed money and Tony Carter outperformed him and won a roster spot--there is precedence for it to happen, we're just not going to speculate along those lines at this point.

Flex means the player could conceivably play both the CB and S position. You may raise your eyebrows a bit about Chris Harris but I saw him play safety last year on several occasions. Right now the locks I have on the roster at the CB position are Bailey, Rodgers-Cromartie, and Harris.

This move has implications in a couple of areas and brings up a good question--are the Broncos comfortable 4-deep at CB knowing that Webster and Jammer can also flex into that 5th CB spot? If so you might see Tony Carter and Omar Bolden in a battle for that 4th CB and final roster spot amongst the defensive backs. If not, we will most like see a 5/5 split with the battle being at safety. If the Broncos chose this route, you could guarantee they would view that 6th Safety as someone who could also play that 5th CB role effectively.

If the Broncos prefer to keep all five true cornerbacks, Adams, Jammer, and Q. Carter would be battling for two spots come training camp. In this scenario I give the nod to Jammer due to his flexibility and skillset. Jammer and Adams probably rate as similar run defenders in the safety role with Jammer having an edge in coverage. Q. Carter edges Adams with his ceiling and youth, but we won't really know if he can successfully put his injury behind him until preseason is over.

In my opinion, having three safeties battle for two spots is the better option. Counting my 7 locks, that leaves four men to fight over three roster spots. Adams, Q. Carter, T. Carter, and Q. Jammer.

Who are your three?