Both of these player are world class, there's no doubt about it.  Going back and watching the tape from last year, I'm highly impressed by the play of Chris Harris.  His ability to mirror a receiver step by step is 2nd to none.  Even with his best effort however, Welker wins.  You want to know why?  Welker has the advantage of knowing what he will do.  He is the aggressor and Chris Harris has to read and react. It gives him a split second advantage.  That slim advantage, time after time, was just enough to tip the scales towards Welker and the Patriot offense.

Here the Broncos have man coverage across the board underneath.  The linebacker in the first still is going to move back to the outside.  Welker/Harris are circled.  Harris initially squares up on Welker even, but as soon as the ball is snapped, he flashes outside leverage.  My guess is Welker has on option route depending on what he sees. 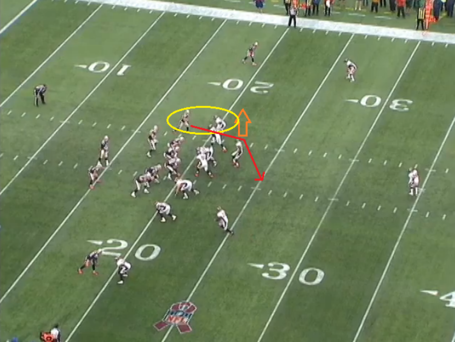 Here he sees the outside leverage and also knows the middle will be wide open so he runs a quick slant. 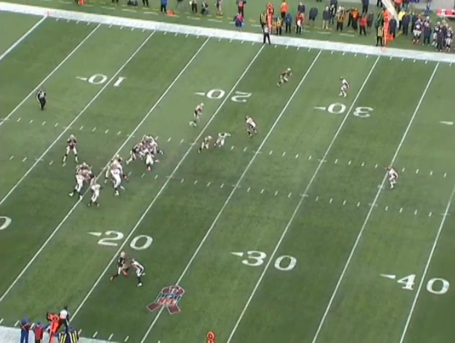 Harris is right on him, but something else comes into play.  Welker out of his breaks consistently gets separation because of his precision and quickness.  He may not have elite burner speed, but his acceleration is phenomenal. 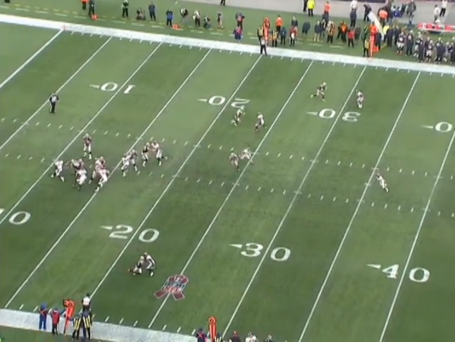 Notice here that Welker is already out of his break and Harris is barely planting his back foot to mirror. 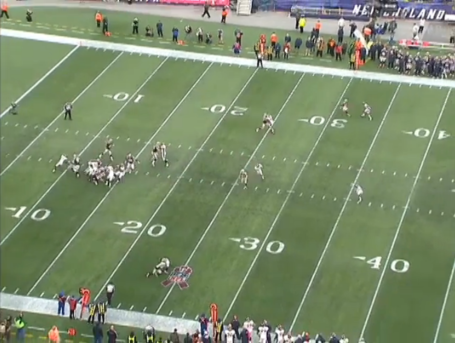 That break has just gained Welker about 2 yards of separation.  On 3rd and 10, he gets 14.

Here the Broncos are playing a Cover 2 shell with man coverage underneath.  Welker is going to run a short in route. 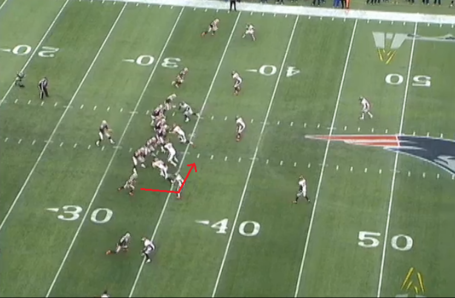 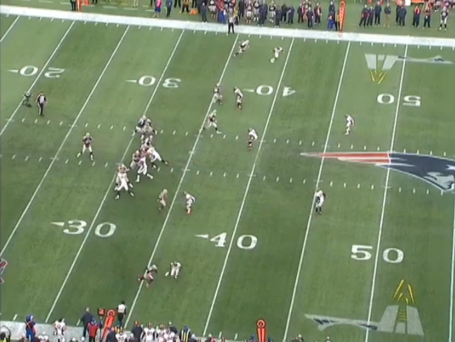 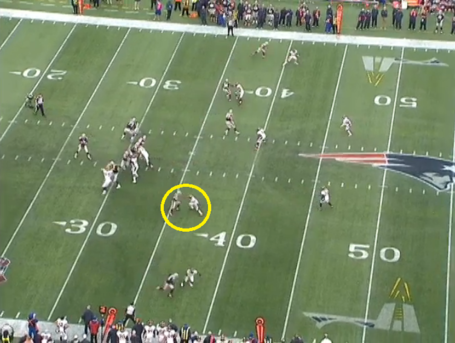 Here I want to point something very specific out.  Look at the footwork.  Both Welker and Harris are making their break step at precisely the same time.  Harris isn't fooled, he knows where the route is going.  Doesn't matter.  That explosiveness out of his cut still gives Welker a slight advantage. 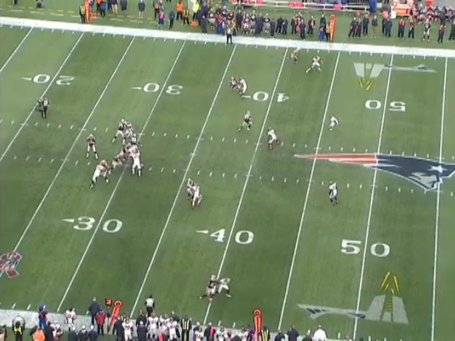 His cut earned him a step and a step is all he needs.  Easy 7 yards.

What we've seen so far is that in a game of inches, Welker gives himself a unique advantage everytime. What were to happen if you add another factor to the equation? 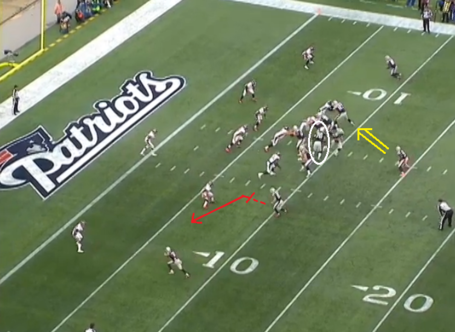 The Pats are running playaction.  What sells it is the fact that they happen to pull their LG even though it is a passing play.  This is a very effective wrinkle in the Pats playbook and it's also we saw here in Denver when Josh McDaniels was at the helm. 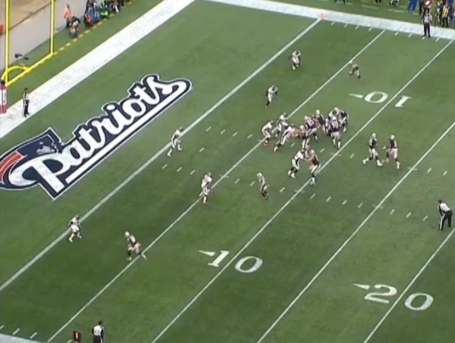 Look at Chris Harris' body language.  Completely with his eyes in the backfield.  Welker has done nothing so far except take one hesitation step forward.  In fact at this moment he's about to spring the surprise. 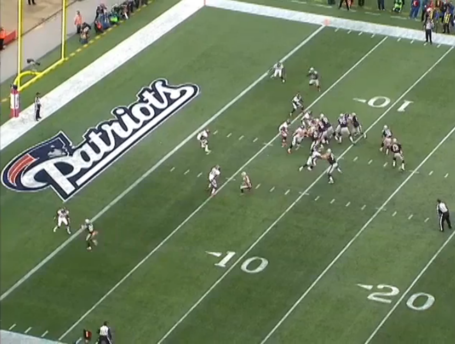 Quick step to the outside.  Harris realizes his mistake, but it's too late.  Bigtime separation and an easy TD. 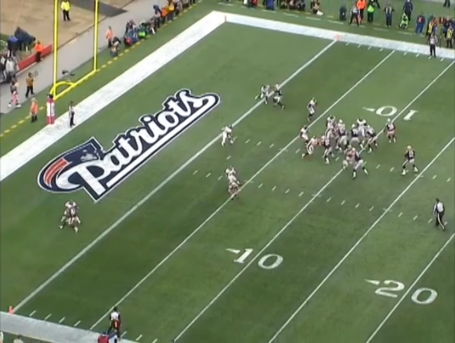 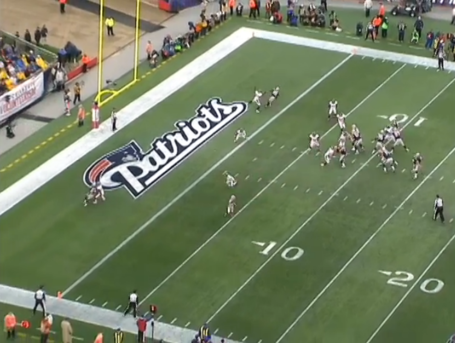 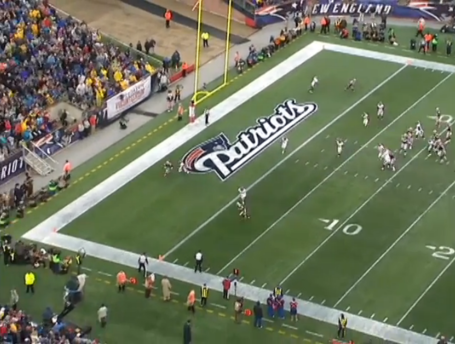 I'm including this one for the design and recognition by Brady.  Chris Harris has no chance here.  The Broncos are going to bring a blitz off the edge.  Brady sees it.  On his left side he effectively has a 2 on 1 with the only defender on that side being Harris on two receivers.  With the formation and Welker being slightly behind the LOS, it is tailor made for a quick WR screen.  Take note Broncos fans--you will see this quite a bit this year. 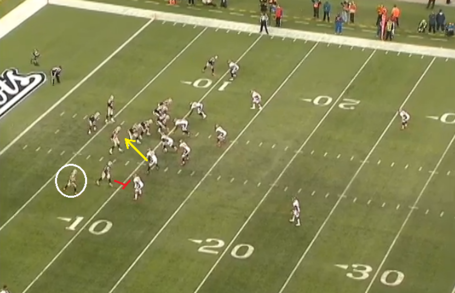 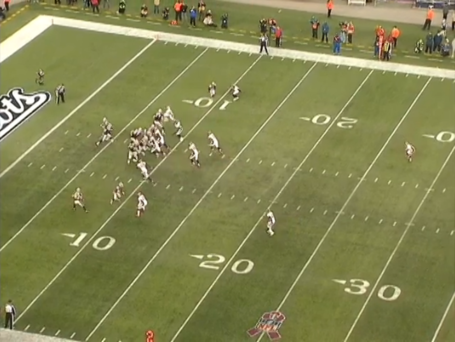 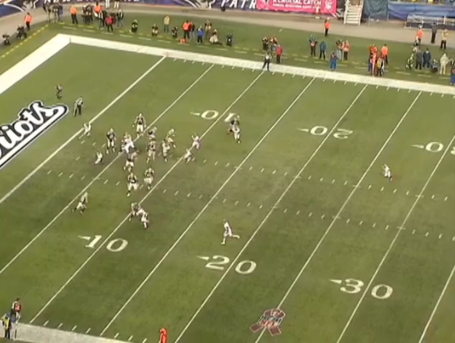 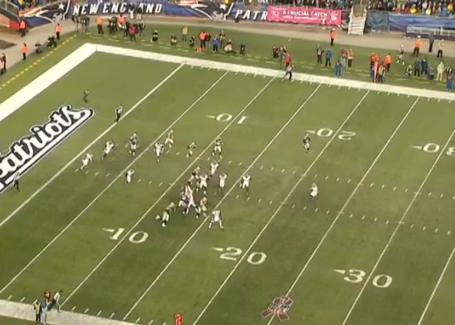 Chris actually does a good job of fighting the block to make the tackle.

Both of these players are the best at what they do.  Over the course of a couple of games when they faced off against each other Welker has won the battle.  He wins because he has the strategic advantage of knowing what he'll do, the precision of his cuts, and his explosiveness and acceleration out of his breaks.  I'm anxious to see how much better Chris Harris is going to look this season after doing battle with Welker on a daily basis.  For that matter, I'm anxious to see how Welker is going to break the ankles of opposing defenders.  No one can cover this guy one on one and win consistently.

Chris Harris Jr. was Pro Football Focus' 5th ranked cornerback in 2012 with an overall grade of 18.4.  He scored positive both in coverage and run support.  On 75 targets, he only allowed 44 receptions and two TD's.