Share All sharing options for: Film Study: Outside Zone Run from Pistol Formation

Manning brings Julius Thomas in motion to the bottom of the screen. As you can see the end down there is lined up wide. For this play to work, Thomas must seal off this block. 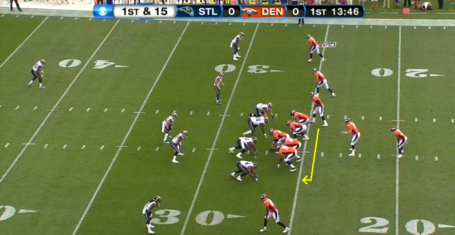 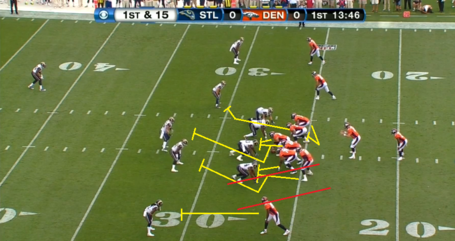 Franklin: will leave the backside end and seal of the DT.

Vallos: Instantly heads to 2nd level, will end up taking the slot corner

Clady: tandem block with TE Julius Thomas on the RDE

D. Thomas: block Janoris Jenkins on the bottom of the screen

The design is to go off the D gap. There may be a cutback open on the C gap 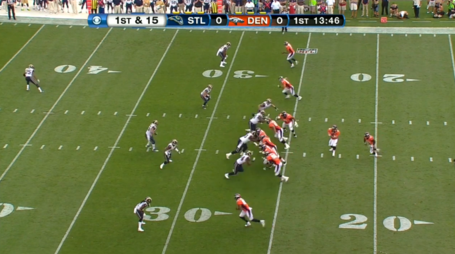 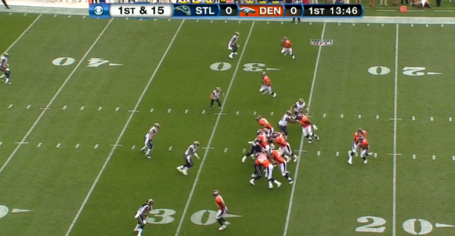 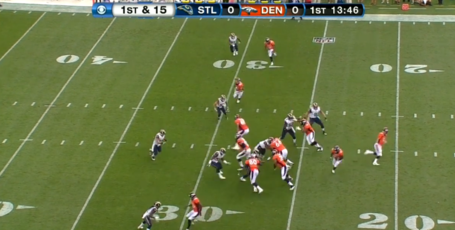 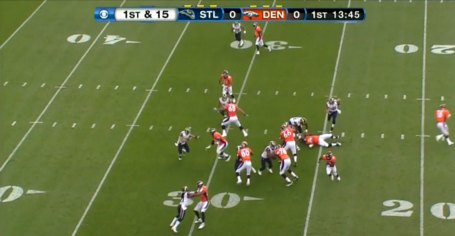 Demaryius does a good job boxing Jenkins out initially, but he doesn't get enough leverage to the sideline and Jenkins is athletic enough to jump back inside and trip Hillman up. 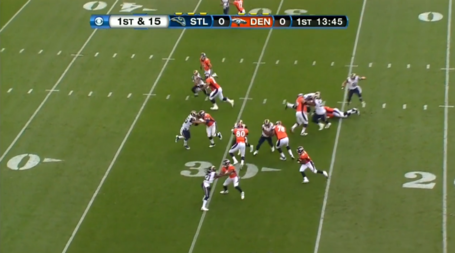 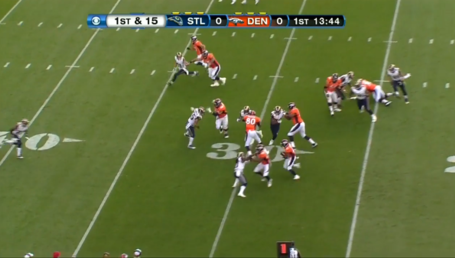 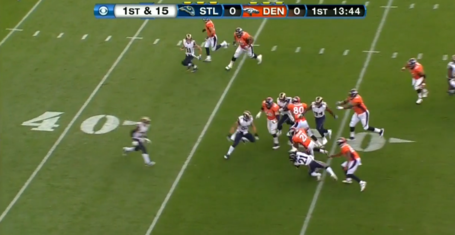 Hillman winds up getting about 6 yards out to the Bronco 33 yard line.

They always use this formation to run the outside zone/stretch play. Well except when they run playaction off of it. Later on in the game, Peyton bootlegged to the backside and threw a good pass to Julius Thomas that was tipped away by the defender.

Now when you see the Broncos line up in the "pistol" formation, you'll know what to expect--hopefully they have several wrinkles for this alignment. If I know what's coming, the defense should know as well.