Part 3 takes a look at the 3rd Quarter

A combination of a zone concept where Robert Ayers will drop back from the RDE spot and both the LB (Woodyard) and S (Ihenacho) will come on the blitz. There are 5 total rushers on this play. The blitz leaves Shaun Phillips with a one on one that he wins for the sack. 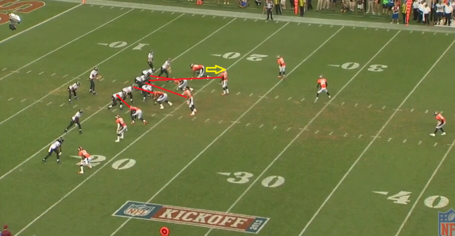 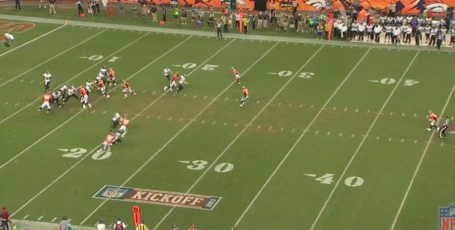 Here's yet another zone concept with Wesley Woodyard. Woodyard is used a ton. Like I've said before, in these subpackages, the Broncos love to bring a S or LB or both. McKinnie mugs Ayers and hooks him around the throat. Woodyard overpowers the back in pass protection and flushes Flacco outside where he throws the ball away.

The extra rusher you see come into the frame in snip 2 likely has coverage responsibilities on Dallas Clark who stayed in to protect. Once he senses Clark is not going out to catch, he comes up to rush. 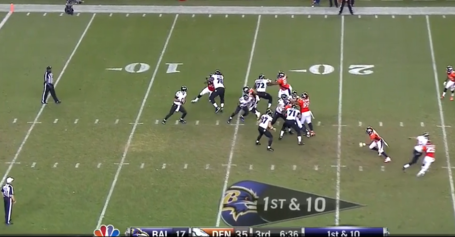 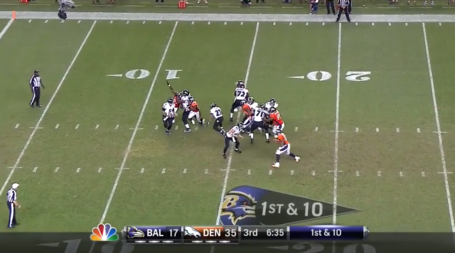 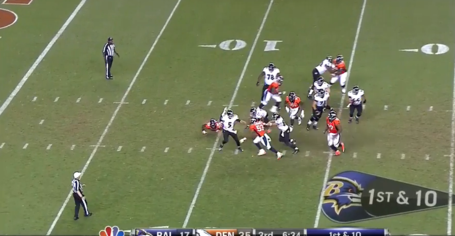 Z-z-z-Zone Zone Zone z-z-Zone is the blitz. 4-2-5 nickel this time with Ayers at the LDE spot and Malik Jackson at the RDE spot. Jackson drops into coverage and Chris Harris comes from the opposite side on a corner blitz. 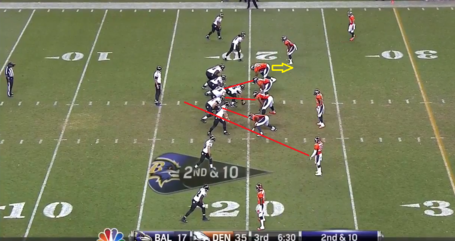 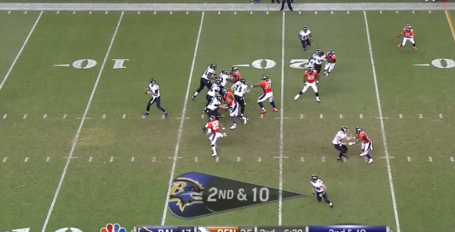 The 5th rusher in this instance will be LB Danny Trevathan. 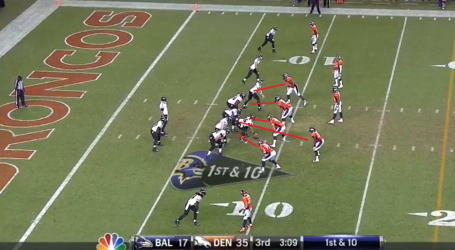 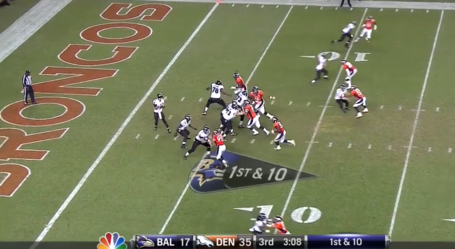 This is by far my favorite and shows you the lengths of which Del Rio will go to bring pressure and disguise the coverage. First of all notice the 3-1-7 alignment. Also notice that the Broncos are standing around in a "psycho front". Then notice Kayvon Webster up top.. Since there really isn't anyone else to that side, you can guess that he is one on one with Marlon Brown.

Now look what they do (snip 2). Complete overload with a stunt to the right side of the line. It allows Bruton to come straight through and deflect the pass. Such a cool blitz! The coverage holds up on the backside as well. 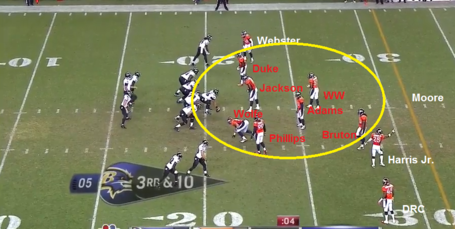 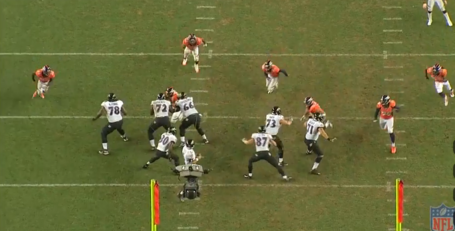 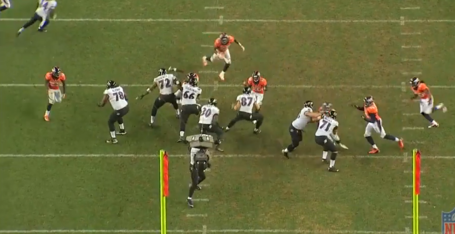 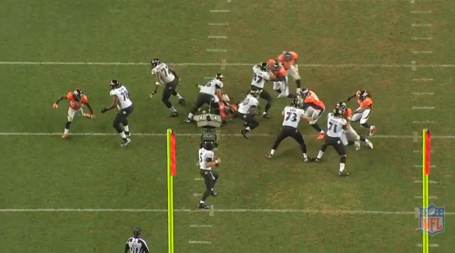 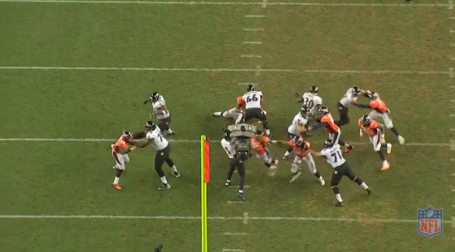 Another zone blitz to round out the 3rd Q. Ihenacho is brought as a 5th rusher. 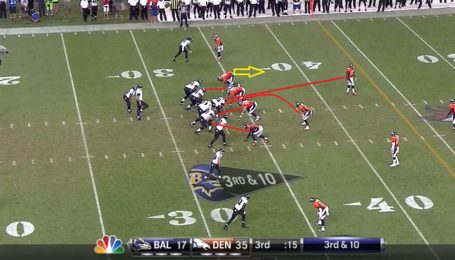 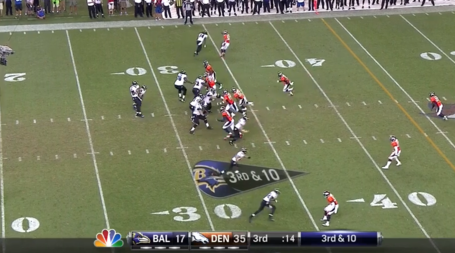 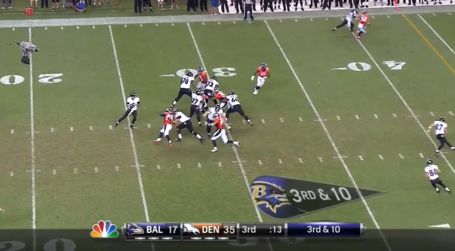 So far out of 17 blitzes, 6 have been of the zone variety. The Broncos have chosen to bring 5 men eight times, and 6 or 7 men four times.

By this point, the variety of defensive fronts along with personnel used with these fronts (very fluid situation) along with the extensive use of the zone blitz concept should tell you that Del Rio will use whatever means necessary to get pressure on the QB.

This isn't 2012 where the Broncos could sit back in 4-2-5 nickel relying on Von Miller and Elvis Dumervil to win with speed with the occasional blitz peppered in. He will be aggressive in trying to confuse the offense and their blocking schemes. I've mentioned it somewhere else and I'll mention it here, I look at those zone blitz concepts as an attempt (on some level at least) to replicate the speed rush.

Whether or not this is just game plan specific to the Ravens or a trend that will continue remains to be seen. I'll conclude this little series tomorrow.

Also look for an extensive breakdown and analysis of the Giants tomorrow. I apologize for pushing it back a couple of days, but sometimes life gets busy Broncos fans;) Cheers!