One of these things is not like the other, yet we deserve to take some time to explain why. On the eve of Super Bowl XLVIII lets discuss some things that have flown under the radar.

Jimmy Graham has nothing to do with Julius Thomas

The first time around Graham registered 40 yards and a touchdown off 3 receptions and 9 targets.  The second time around he caught one ball for 8 yards off 6 targets.

People have asked, "what did the Seahawks do to shut him down?"  I've heard Seahawks fans echo things like "He's not physical, we hit him once and that was it" or "K.J. Wright is a beast and put him on lockdown"

Guess what?  Both of those things are overly- simplistic and homer-istic descriptions.  In other words it's just a bunch of nonsense.  I went through both games and took some notes about some of the pass plays he was involved in:

-          Split left, off coverage.  Looks like Thomas anticipates something else, bites underneath an Graham has position on Maxwell with the skinny post 20 yard gain.

-          Graham split left, flat/slant combo.  Manning would have split the coverage for a TD, Brees hesitates, no target.

Want to see proof of my last assessment? 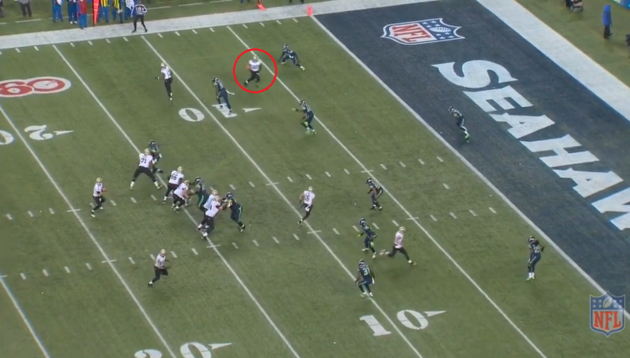 What can we glean from my notes?  Graham was not a focal point of the offense.  He was rarely targeted the 2nd game.  If the Broncos want to exploit matchups with Julius Thomas they will.  I did not see a concerted effort to take advantage of Graham's athleticism.  If you want to know the truth, the Saints played scared.  They were afraid to let anything develop downfield because of the pass rush.

The other thing we can learn from my notes is that they moved Jimmy around quite a bit.  It wasn't one Seattle defender or player tasked with coverage on Graham.

Finally, and this is just what my eyes tell me.  Jimmy is not the athlete Julius is.  Blasphemy I know.  He's slow off the snap, lazy in and out of his cuts, and besides being 6'7" does really nothing to separate himself from the coverage.  Seahawks fans were partially right, for being such a big guy his strength is lacking.

Julius may be raw, but he's a better route runner at this point.  You add to this the fact that Julius uses his body and frame to gain leverage better than Graham and you have yourself something more of a big WR.  Julius can have an impact tomorrow, just depends on how the Broncos utilize him.

The Legion of Boom makes mistakes

How dare Bronco Mike question the prowess of the Legion of Boom.  Not only am I questioning it, I have proof.  Here's that famous Cover 3 defense we heard about.  Both Sherman and Thomas all TY Hilton to blow by on a corner route.  Yes, they broke rule #1 of Cover 3, someone got behind. 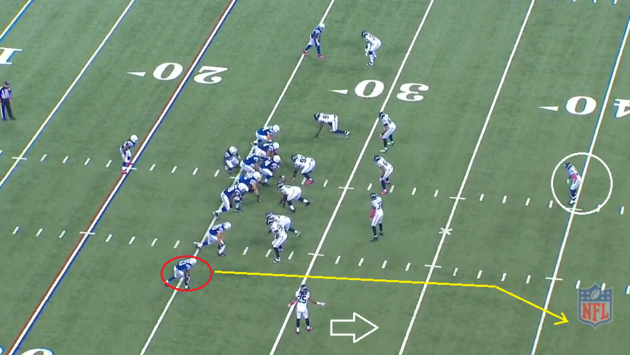 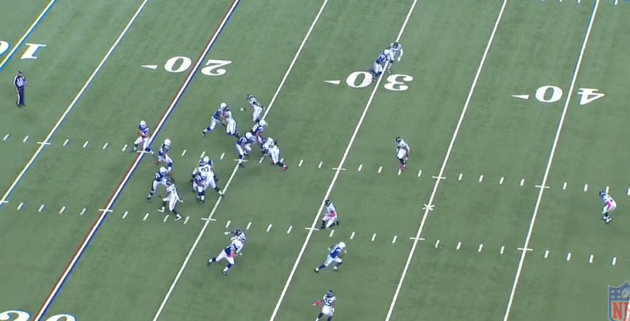 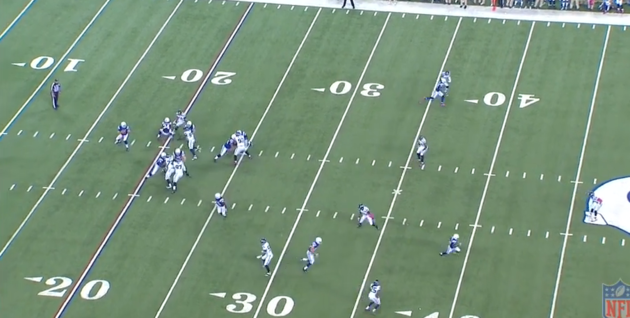 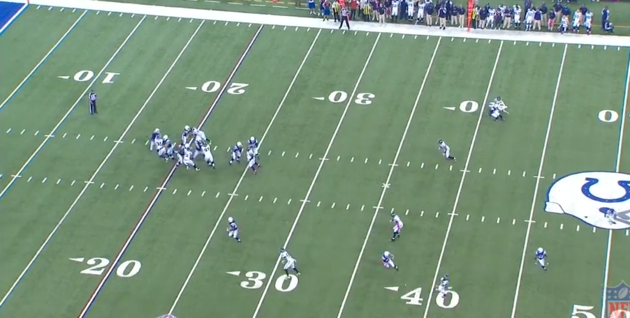 I already detailed earlier in the week different concepts and route combinations the Broncos could use in order to beat the Seahawks Cover 3.  Well here is proof of one of those concepts in action.  Four Verticals.  I remember reading some ignorant Seahawk fan simplify this concept by saying "you can't beat us by running go routes at Sherman".  Well, since we have a misunderstanding of the concept let me clarify.  It's not about running go routes at Sherman.  It's about running 4 go routes into a cover 3 shell giving the offense an advantage (4 on 3) and making that centerfielder choose which deep threat he will take. You can combine this with another route combination and rest assured you'll have a one on one with leverage.

This is from the NFCCG.  We have two verticals to the right.  This occupies Thomas and leaves wide open the post on the backside.  This is precisely how you use verticals to attack the coverage. 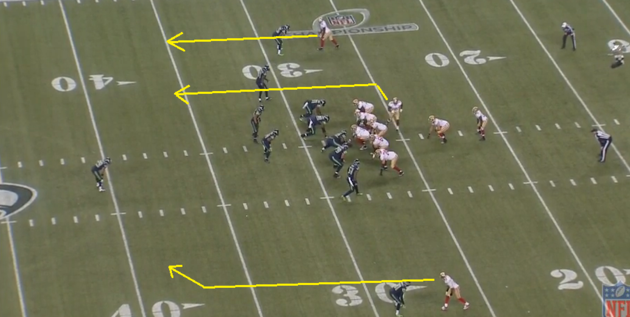 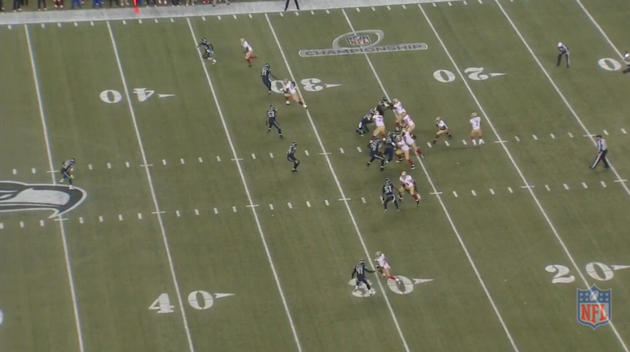 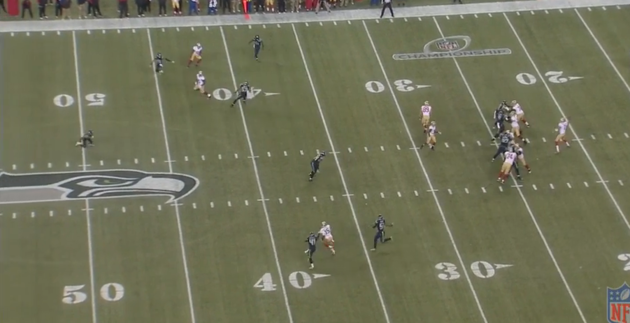 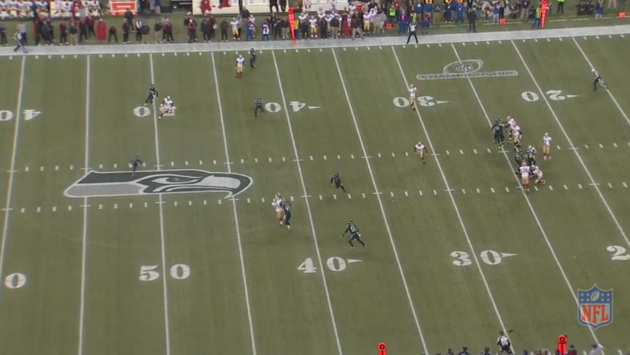 I've went back and watched several games just trying to key in on Russell Wilson.  His pocket presence still lacks a bit, you won't see him making a bunch of changes and audibles presnap, he tends to zero in on receivers and miss other reads.  These are hallmarks of a young quarterback and things he can improve on.  Outside of that, I'm impressed when I watch him play. 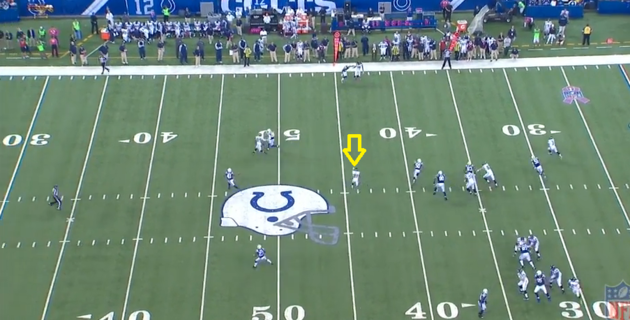 We have playaction fake here with a bootleg back to the right.  Receiver is wide open over the middle but Wilson does not see him.  He forced the ball to the sideline receiver incomplete.

Wilson not afraid of tight coverage

This one is a thing of beauty and something the Broncos should know.  It seems as if Wilson has the ability to identify one on ones just like the big boys, and furthermore has the moxie and accuracy to trust his receivers to make a play--even against tight coverage: 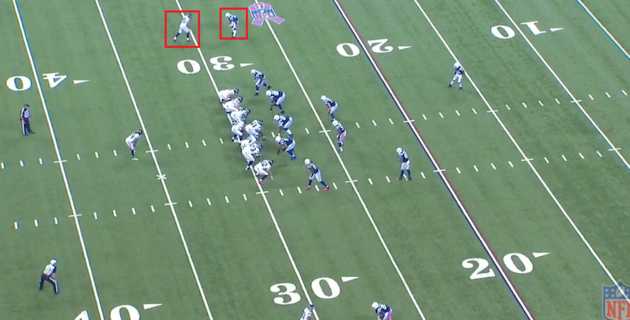 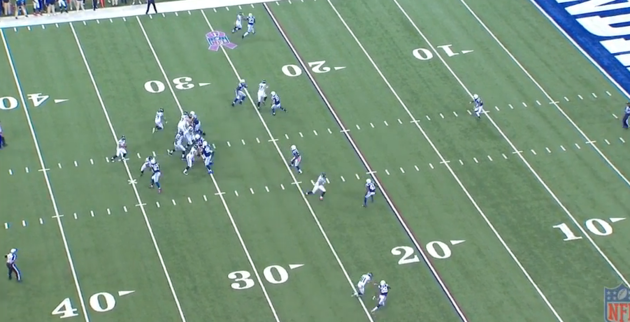 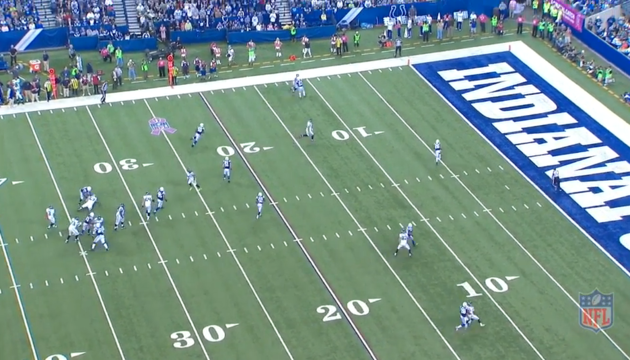 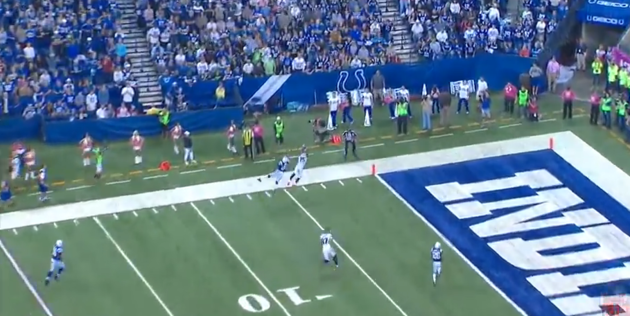 The "X" factor with Wilson are his legs.  If the coverage is good, if there's a rush, he has the ability to make plays happen.  Let this play be a lesson to whoever will by spying Russell tomorrow---do not overpursue. 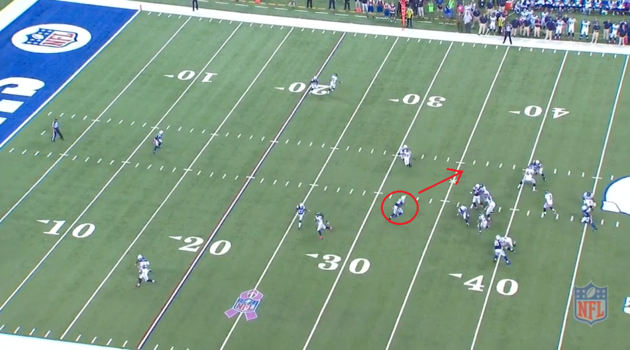 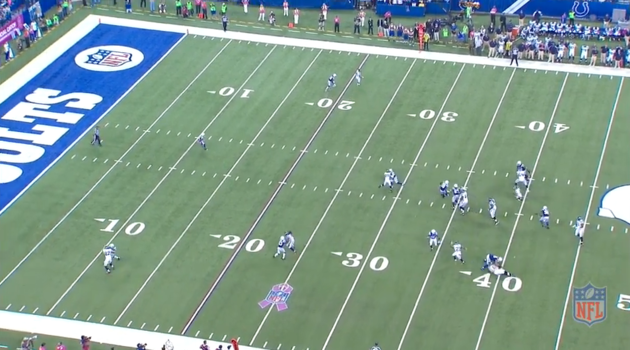 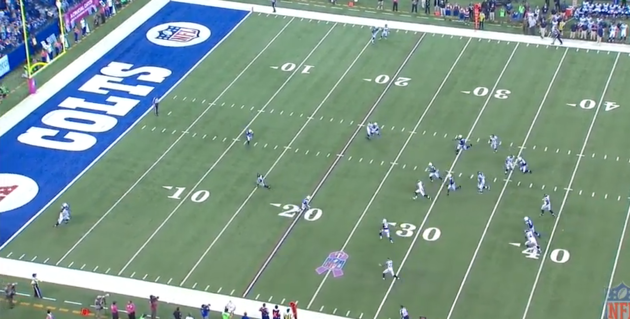 That one little mistake by the spy left open a running lane.  Here are some of my other observations:

- Can't play man free exclusively against this team because of Wilson.  Even with a spy all he has to do is make one man miss and he will have a ton of ground to work with.

-  Pressure up the middle is preferrable to pressure from the edge.  Especially if the edge rushers are disciplined and don't run themselves out of those outside lanes.

- Playaction worries me because our safeties bite on it constantly.  They did against NE with a three score lead late in the fourth.

You should know by now that Richard Sherman doesn't really move around.  He plays one side of the field primarily and that is how he is likely to be used tomorrow.  The Broncos can move their formations and flip their alignments in order to get the matchups they want, but don't be surprised to see Manning target Sherman.  Not saying he'll pick on him all game, just saying Peyton is not afraid at throwing at the #1 corner.

Topher Doll took some time to compile Manning's passing stats against the #1 corner:

If Peyton thinks the matchup is favorable, he will test it.  Whether it be Richard Sherman or someone else.  Don't think that name recognition and a bunch of hype will keep Peyton from testing Sherman.

Tomorrow, I'll have my final keys to the game and also my final prediction.  Can't wait Broncos Country, we're almost there!